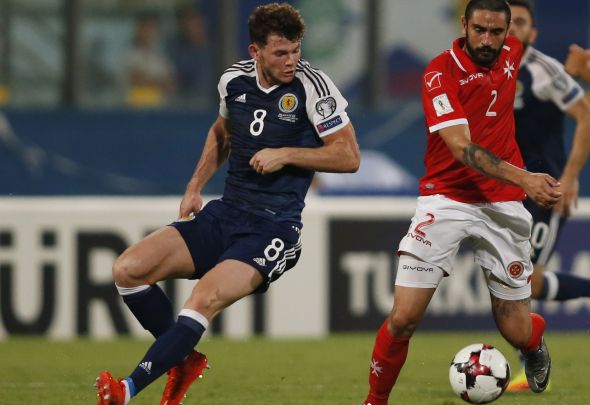 Nottingham Forest fans have reacted on Twitter as wonderkid Oliver Burke has continued his excellent form for RB Leipzig by ending a 17-year-old drought.

The 19-year-old winger scored his first goal for the promoted Bundesliga side following his surprise £13million move from Forest, using the help of a deflection to beat Koln goalkeeper Timo Horn.

The Scotland international has hit the ground running, and his goal means he has become the first Scot to score in the Bundesliga since former Celtic and Preston star Brian O’Neill in November 1999 for Wolfsburg.

Burke’s goal came just five minutes into his first start for Leipzig, who have began their fight to stay in the top flight of German football in positive fashion. After two league wins and three draws, they remain unbeaten in seventh place.

Fans have reacted with delight for their academy product, but have also vented their anger on Twitter. Many wished they kept Burke, while some have also questioned whether the owner will spend any of the £13million outlay.

That the inept chairman should not have sold Oliver Burke! Not won a game since he was sold! #nffc https://t.co/Tz4989vCge

#nffc just imagine where we would be if we kept Antonio and Burke 😩money dosen't buy you happiness, stop selling our goal scorers COYR ⚽️👍

Olly Burke, scored for RB Leipzig. Can't help but think how different #NFFC fortunes might have been of late, with him still in the side. 😕

Burke starts for RB LEIPZIP scores after 5 mins and is a handful all game! That's what we are missing. No win since he was sold 😔😢😢😢😩😩 #nffc

Philippe Montanier’s side have failed to secure a single win in all competitions since they sold the former Bradford City loanee, drawing twice and losing three times.

In other Nottingham Forest news, Henri Lansbury has blamed officials on Twitter for Saturday’s loss to Sheffield Wednesday.