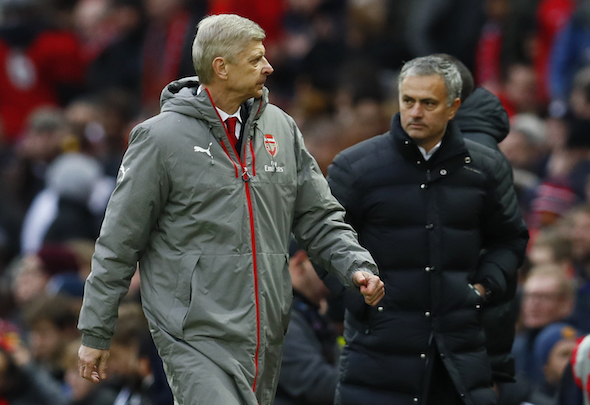 Arsenal are still frantically working on getting another deal over the line today, after confirming the signing of Pierre-Emerick Aubameyang, according to a reliable journalist.
Sky journalist Guillem Balague released the news on his personal Twitter page on Wednesday lunchtime.
In his tweet he revealed that Arsenal are still “trying to get one more signing in January… if there is enough money.”
He also said that a second deal could not be done as the club didn’t have the funds.

By the way, I think #AFC are still trying to get one more signing in January… if there is enough money for it. A second extra one could not be done as funds did not reach that far

One possible deal that has been reported is that of Schalke’s Max Meyer.
Bild journalist Torsten Rumpf said that the north London club were trying to pull of a last-minute deal for the attacker who is out of contract in the summer.

This follows on from the club confirming a club-record deal for elite striker Pierre-Emerick Aubameyang.
His deal was announced on Wednesday morning on the official Arsenal twitter page.

Football Insider verdict:
This could be an amazing Arsenal transfer window if they can pull another deal off. Arsenal fans would have been happy with Aubameyang and Mhitaryan, with the bonus of Mesut Ozil signing a new contract extension as well. If they could possibly find the money for Max Meyer, who Schalke might have to sell as he’s out of contract in the summer, then they would have a formidable squad for the season half of the season. He might be available on the cheap and Arsenal fans will be hoping he’s the one that’s still alive. This is one to watch today.
In other Arsenal news, Piers Morgan delivers an instant verdict on Giroud moving to Chelsea.