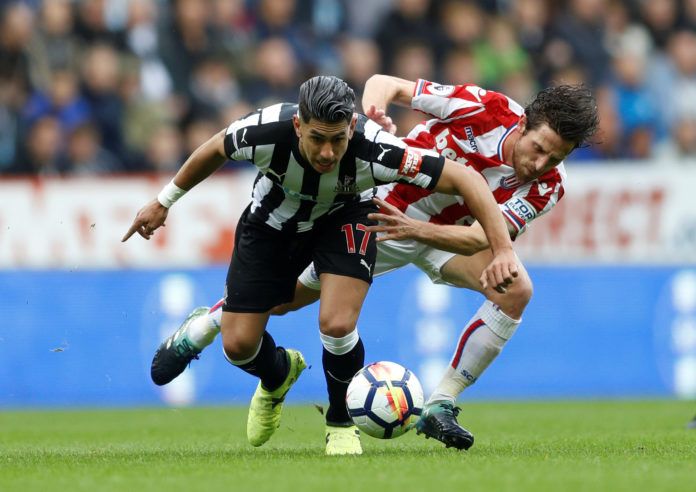 Malcolm Macdonald has revealed that he has sympathy for Newcastle star Ayoze Perez, believing he’s battling for his career at Newcastle.

In his latest column for the Chronicle, the 67-year-old shared his sympathies for Perez believing those around him, let him down.

He wrote: “I feel for Ayoze Perez, who is working his socks off and – I think – knows he is in a battle for his career at Newcastle.

“He does not have a pyhysical presence and I’m not sure he will ever be the greatest goal threat in the league but his workrate is phenomenal and he has some deft touches.

“Alongside someone like Alan Shearer, he would have looked exceptional… but he’s not helped by what is around him.”

The 25-year-old striker has featured in all of 11 Newcastle’s Premier League games, contributing one goal and one assist.

Perez has been at the Magpies since July 2014, after he moved from his local side CD Tenerife.

In his time at the club, he has made 128 appearances, scored 26 goals and registered 10 assists in total.

Newcastle currently sit 11th in the Premier League after acquiring 14 points from their first 11 league games.

The Magpies have only scored 10 goals in their 11 league games and slipped into the bottom half of the table after their last game against Bournemouth.

The game before also saw them lose by a single goal, that defeat coming courtesy of Burnley at Turf Moor.