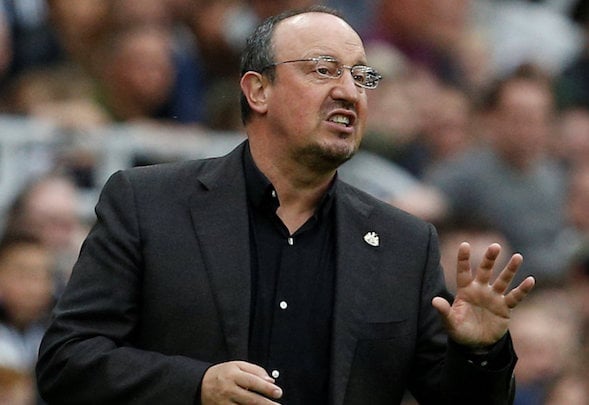 Newcastle United boss Rafael Benitez has admitted that while the club are actively searching for players to bring in he is not thinking about the January transfer window.

The Magpies saw six names through the door at St James’ Park over the summer, although Benitez admitted his frustration time and again throughout the summer at the inability shown by the club to bring in his top targets.

With the summer window closing at the beginning of September, the club’s transfer attentions turned to January, when the winter window opens.

However, Benitez has surprisingly admitted he is not thinking that far forward, and is instead focusing on ensuring that his current players are prepared.

Speaking ahead of Sunday’s clash against Liverpool, he told the Chronicle: “Are we working for the January transfer window? Yes, we are already working on that.

“We are monitoring players and that is the main thing.

Newcastle have enjoyed a successful start to their return to the top flight, having picked up three successive victories before last week’s defeat to Brighton.

That has put the Magpies in eighth place on nine points, and they could leapfrog their opponents on Sunday with a win, with Liverpool currently sitting in fifth on 11 points.

The last meeting between the two sides came back in April 2016, finishing as a 2-2 draw at Anfield, while Newcastle’s last win over the Reds was in December 2015, with current Red Georginio Wijnaldum adding to Martin Skrtel’s own goal for a 2-0 win.

In other Newcastle United news, Benitez has made an interesting prediction ahead of a return to St James’ Park for Wijnaldum.