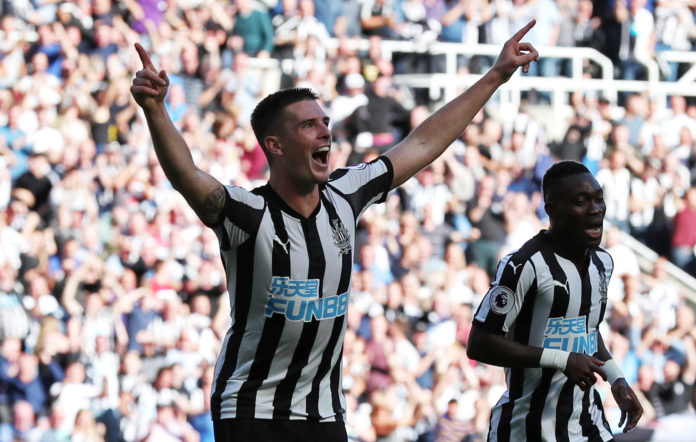 Newcastle United boss Rafael Benitez has said that it is too early to judge whether Ciaran Clark has suffered any major damage in an injury suffered in the 1-1 draw against Crystal Palace on Sunday.
The Republic of Ireland international was left on the ground clutching his knee in the final minutes of the game at Selhurst Park in what was a worrying sight for the Magpies, especially considering they had no substitutes left.
The centre back received treatment after referee Andre Marriner stopped the game and he returned to play out injury time, moving gingerly in the dying moments of the match, and Benitez was probed about his fitness in the immediate aftermath of the clash.
However, despite Clark’s evident struggles, the Spanish boss insisted that his stalwart at the heart of defence appears to have avoided suffering a serious blow but that he will undergo examinations before next weekend’s home tie against Manchester United.
Benitez was quoted by the Shields Gazzette as saying: “He took a blow to the knee, but I think it’s too early for me to say.
“We have to wait and see, but I don’t see it as a big issue.”
Clark has made 21 appearances for the Magpies this season, 19 of those coming in the Premier League, and has scored two goals, and has battled it out with Florian Lejeune and Jamaal Lascelles for a place in the starting XI.
In other Newcastle United news, fans were left fuming at one man’s performance in the clash against Palace.