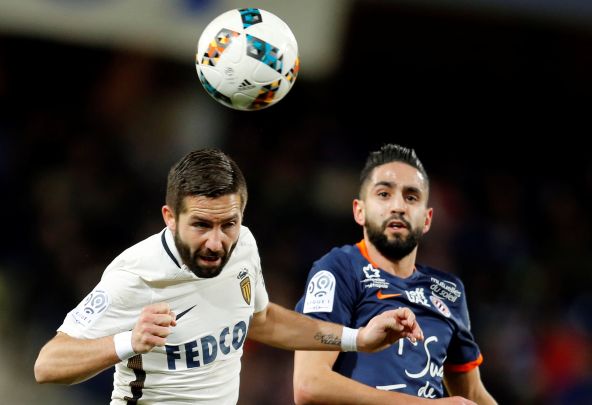 Newcastle are favourites to sign Montpellier winger Ryan Boudebouz this summer, according to the latest betting odds.

Ladbrokes price the 27-year-old attacker at 3/1 to join Rafa Benitez’s newly-promoted side in the upcoming transfer window, after a sublime season in France’s top tier.

Algeria international Boudebouz has scored 11 goals this season for Ligue 1 outfit Montpellier, as well as laying on 10 assists during his 33 league and cup appearances.

West Brom are second favourites at 4/1, while a Ligue 1 stay with Lyon is at 9/2. Premier League rivals Stoke and Everton are also in the running, at 11/2 and 6/1 respectively.

Newcastle are likely to be in the market for options out wide, with Frenchman Yoann Gouffran set to leave the club in six weeks’ time with his contract expiring on June 30.

Christian Atsu has also returned to parent club Chelsea after his season-long loan, but it is believed that he is now in talks over a permanent deal with the St. James’ Park outfit.

French outlet Maxifoot claimed last month that it would take a fee of around £12.6million to sign Boudebouz, with European sides Lazio, Roma, Villarreal, Celta Vigo also said to be keen.

With his contract set to expire in the summer of 2019, Benitez could look to add the fleet-footed winger to his ranks ahead of what is likely to be a busy summer transfer window.

Boudebouz would be a fantastic signing should he be brought to the north east of England. His form this season has shown he is more than capable producing in England’s top flight, with the Toon looking to add creativity to their attack in order to capitalise on their chances. Benites knows full well that his side will not dominate matches as they did last season, and must be able to create something out of nothing if they are to pick up Premier League points and avoid an instant return to the Championship. Boudebouz is a player that can provide that sort of vision, as he holds the ability to unlock a defence with either foot.

In other Newcastle transfer news, the father of this reported striker target has dropped a huge hint over his son’s future.