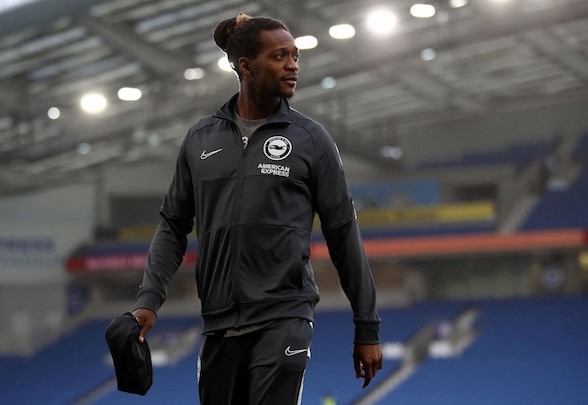 Brighton defender Gaetan Bong is undergoing a medical at Nottingham Forest as he puts the finishing touches to a move, Football Insider can reveal.

The left-back, 31, has been given the green light by the Premier League club to complete what is expected to be a loan deal.

A Forest source has told Football Insider that Bong is finalising the transfer today after they reached an agreement for him to join.

The experienced campaigner has fallen down the pecking order at the Seagulls and is set to leave them after making just four appearances in the Premier League so far this season.

He is likely to have played his last game for Brighton as his contract is due to expire in the summer.

The Cameroon international has played over 300 games in his career, 102 of which have come for the south-coast club.

He played a key part in Brighton’s promotion to the top flight in 2017 under Chris Hughton and started as their regular left-back in the first half of last season.

But Bong has not had a single Premier League start in this campaign and has failed to even make a matchday squad since early October.

Bong started out at in France with spells at Metz, Tours and Valenciennes before moving to Greece to join Olympiacos.

He won the Greek league before heading to Wigan Athletic in January 2015, from where Brighton snapped him up six months later.

In other Nottingham Forest news, it can be REVEALED that the club are in advanced talks to sign Barcelona midfielder.