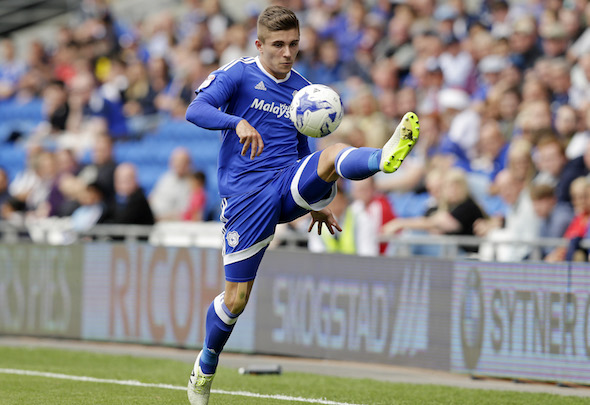 Cardiff City fans have aired their thoughts on social media after it was announced that their defender Declan John had moved to Rangers for a season-long loan.

The 22-year-old has entered the final year of his contract with the Welsh club after joining from the academy back in 2013.

His season at the Ibrox will be the left-sided player’s third loan spell after spending time away at both Barnsley and Chesterfield for short stints over previous years.

His parent club’s fans have displayed mixed reactions to the loan move, with some supporters stating that he was the worst defender at Cardiff while others said it was a waste of talent.

Much rather you starting for the city, you will be back your a bluebird all the way #comebackhome

Good luck, Declan! Got yourselves a tidy player.

Since joining the club the versatile player has made a total of 52 appearances across all competitions where he scored one goal and provided three assists.

Last season John managed just 16 appearances and has found it difficult to nail down a spot in the starting XI under boss Neil Warnock who took over as manager at the club in October, as he has only started one game.

The young Welshman will face big competition at left-back and will have to contend with Gers skipper Lee Wallace for the spot.

In other Rangers transfer news, a proven top-flight attacker wants a move to Ibrox.