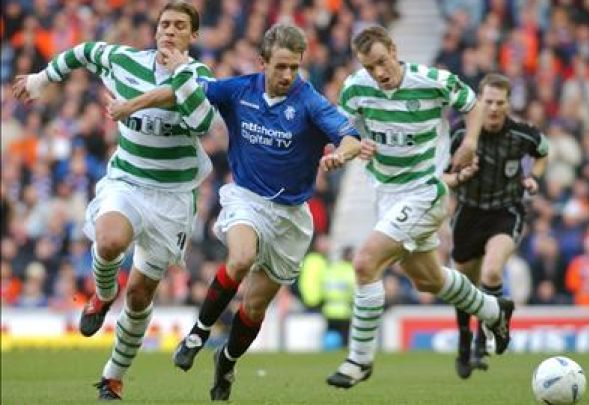 The 44-year-old ex-Liverpool boss has proven a huge success in Scotland and has already helped the Hoops to a league title as they sit unbeaten in the Scottish top-flight after 31 matches.

The Northern Irishman’s success had brought his future in Glasgow into doubt and many fought he may have been tempted by a return to England.

One of those was McCann, who stated while on Sky Sports that he believed Rodgers leaving Celtic would throw a “spanner into the works” for the club.

Is that right aye? pic.twitter.com/wZY7vcaLco

However, the Hoops made a huge statement of intent on Friday afternoon by announcing that Rodgers had agreed a new four-year deal at the club.

The news understandably delighted Celtic fans on social media, but others were also keen to call out McCann after his earlier comments.

Many Hoops fans were eager to post humorous GIF’s in the direction of McCann, while one stated he wished he was in the former Scotland international’s company after it was announced.

At least Neil McCann is taking the news well! pic.twitter.com/6iRJraYuwN

In other Celtic news, here is what Rangers fans had to say about Rodgers’ new deal.