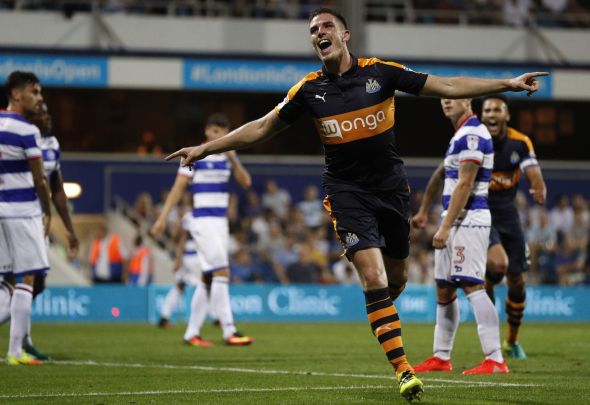 Rafa Benitez should make five changes to his Newcastle starting XI as the Championship leaders travel to Nottingham Forest on Friday evening.

The Magpies were dumped out of the quarter-final stages of the EFL Cup on Tuesday night after Hull won the penalty shootout 3-1.

Benitez’ side had to play 120 minutes of football, therefore, he should freshen up his starting XI by making five changes.

Mats Sels, Ciaran Clark, Vurnon Anita, Achraf Lazaar and Yoan Gouffran should make way against a Forest side that have scored seven goals in their last two Championship games.

Karl Darlow, Chancel Mbemba, DeAndre Yedlin, Paul Dummett and Christian Atsu must come into the starting XI as the north east club look to extend their two point lead at the top of the table.

In-form striker Dwight Gayle must lead the line against a Forest side that has conceded 32 goals in 18 league games this term.

Midfielder Mo Diame, who scored against his former club in midweek, should start behind Gayle, with Matt Ritchie and Atsu providing the service out wide.

Additionally, midfield duo Jonjo Shelvey and Isaac Hayden should start in the middle of the mark with their opponent’s biggest threat coming from captain Henri Lansbury.

Centre-back Clark, who has played two games in four days, must be rested and Mbemba should be drafted in alongside Lascelles.

Furthermore, Yedlin and Dummett would add more freshness and width to the team, in particular Yedlin as his pace and directness will hurt a fragile Forest backline.

Darlow must return in goal after Benitez rotated his goalkeepers for the cup game.

In other Newcastle team news, this Premier League manager has dismissed claims that the Magpies are trying to sign this striker.