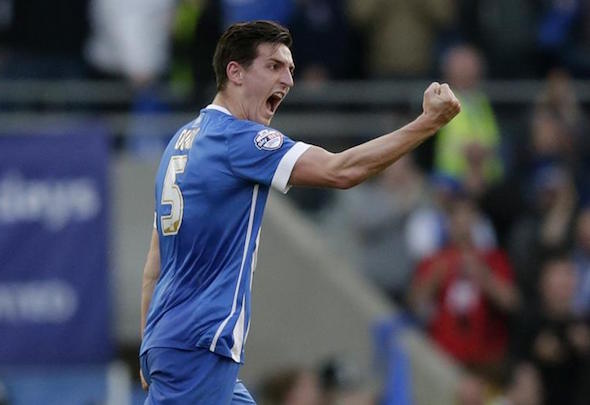 Brighton have revealed they have turned down a bid for highly rated defender Lewis Dunk.

Chief executive Paul Barber confirmed on Monday the Seagulls had “firmly rejected” a bid for the 24–year-old, who has been linked with leading clubs including Everton and relegated Newcastle since the end of the season.

The Championship club have not revealed how much the bid was for or from which club for a player who sources have told Football Insider is rated at the £10million mark.

Crystal Palace were recently reported to have seen an offer of £5million knocked back and other clubs, including Everton and relegated Newcastle, have been linked with making formal moves.

Brighton’s stance is in line with that they took last summer, when they turned down four offers from Fulham for Dunk, with the last said to be in excess of £5million.

The centre-back subsequently signed a new contract that runs until 2020 and was a mainstay of the Brighton team that narrowly missed out on promotion to the top flight this season.

Barber told The Argus: “We have received a bid for Lewis Dunk and it has been very firmly rejected without any discussion.

“We are very busy assembling – and soon we will be preparing – our squad for another attempt at securing promotion to the Premier League, our key ambition, so we have no intention of selling Lewis who has been, and remains, a key part of our squad.”

It is feasible Albion could be tempted to part with the Brighton-born number five if a bid came in which they felt they could not refused.

The Seagulls released Gordon Greer at the end of last season and will be keen to have four senior centre-backs in their squad after resources in that position stretched to the limit during the play-offs.

In other Newcastle news, the club are close to securing a £6.3million midfielder transfer.