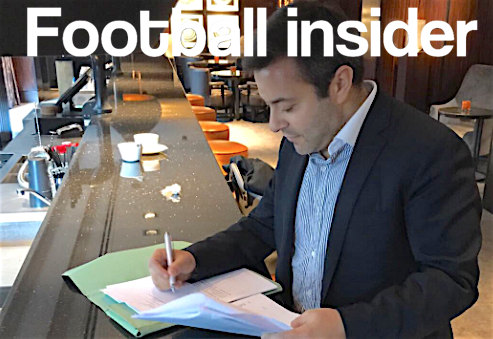 Marcelo Bielsa has finally agreed to become Leeds United manager and signed the contract that will take him to Elland Road for at least the next season, according to a report.

The Yorkshire Evening Post claim that sources close to Bielsa said he had signed the contract on Thursday night, and that he will earn more than £2million a year.

It means that he will be the highest paid coach in the club’s history and he is set to arrive at Elland Road a week on Saturday to begin pre-season training on June 25th.

Bielsa won’t be able to start work until he receives a work permit, although Leeds are obviously confident this won’t be an issue.

We’re still waiting for official confirmation but it looks like that will arrive today, and when it does Leeds fans will have a newfound respect for Andrea Radrizzani. Their owner has personally spearheaded the drive to land a manager that the football world thought was beyond the club. Bielsa might have been sacked last time out, in a disastrous run at Lille, but his legacy is epic and next season will be a fascinating one, with the media spotlight on Leeds from the start. It looks like they’re paying him at least £40k-a-week, which shows the size of Radrizzani’s ambitions of getting into England’s top-flight. The on-going negotiations have meant that Leeds haven’t done much in the way of other summer business yet, but we can expect that to pick up pace even before Bielsa arrives at Elland Road a week on Saturday. Pre-season starts the Monday after he arrives and the Leeds players will be hugely excited, and probably a bit nervous, to play under a true legend of the game.