Mohamed Diame has claimed that Newcastle have a “very good squad” as they sit at the top of the Championship table.

The Magpies suffered relegation from the Premier League in the last campaign, finishing 18th and two points from fierce rivals Sunderland.

They managed to keep hold of highly reputable manager Rafa Benitez and with 12 senior players joining in the summer they have enjoyed some recent success.

Now summer signing Diame was not short of praise for the squad and even identified 33-year-old fringe man Daryl Murphy as a vital asset to have in the team.

“The quality we have got here this season is very good,” said Diame to the Chronicle.

“Even Daryl Murphy, who has been injured is a top player, and the quality of the squad is very good so I have no problem with anybody.”

Diame made a £4.5million switch from Hull in the summer and Newcastle are now preparing to face the Tigers on Tuesday.

The two clubs are set to clash in the EFL Cup quarter-finals stage with a place in the semi-finals of the competition up for grabs for the winners.

Diame could start in the attacking midfield position for the team given Benitez’ rotation policy for the team.

The 29-year-old did not feature in Saturday’s 1-0 defeat against Blackburn, but has played in 15 encounters, scoring two goals and providing one himself.

He played a key role in helping Hull to promotion in the last campaign and the Senegal international will be keen to impress against his former side.

In other Newcastle news, here’s how the Magpies are predicted to line-up against Hull. 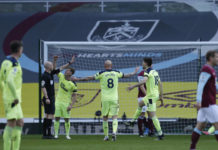