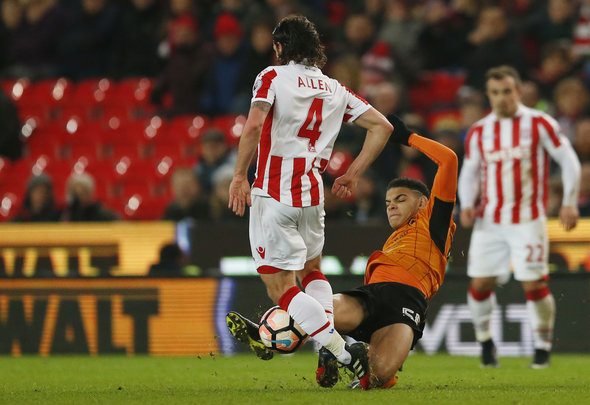 Wolves are in discussions with teenage sensation Morgan Gibbs-White over a new contract, according to a report.

The Express and Star claims that talks over a new deal began prior to the recent Under-71 World Cup in India, where Gibbs-White, 17, and his England team-mates won the competition.

It is understood that Wolves are looking to ward off interest from the Premier League after the Sun reported that Tottenham, Arsenal and Liverpool had been keeping their tabs on the up-and-coming playmaker.

This latest report says that the West Midlands club have in fact been attempting to thrash out a new deal for some time, however it is believed that Gibbs-White cannot agree to new terms until he turns 18 in January.

The youngsters current agreement is set to expire in the summer or 2019 and there’s no doubt that Wolves will want to extend that as soon as possible in the hopes of keeping him away from the Premier League big-spenders.

Gibbs-White only signed his current deal in January of this year, so it’s clear that Wolves want to make some statement by tying him down for the future.

Wolves have given chances to young academy talents in the past but is that to remain the case in the future? The club have spend masses on strengthening the first-team with overseas talent and seem to prefer loaning in young imports than giving their own prospects a chance to sign. So that leaves Gibbs-White at some sort of an impasse. Does he stick it with Wolves, where chances look less and less likely? Or does he try to work on a move to a top-six Premier League side, where chances are harder but at least he has the chance to play for a big club? It’s a tough decision and one that shouldn’t be at the forefront of the midfielder’s mind for now.

In other Wolves news, the club are preparing a £20million January swoop for a striker in the form of his life.