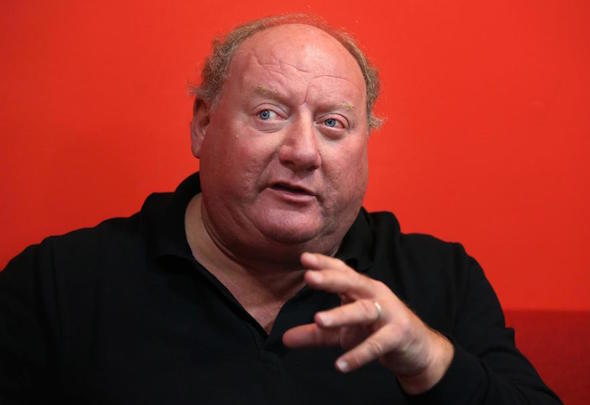 Alan Brazil has said that Steven Gerrard faces a huge challenge at Rangers and has scoffed at the idea that he should bring in some of Liverpool’s top youth talent.

In fact, writing in his column in the Sunday Post, Brazil has claimed that the idea that these players are all Rangers need is ‘disrespectful’ to Scottish football.

“I’ve seen stories suggesting Stevie should look to bring in a few kids from Liverpool’s Academy – as if that’s all Rangers need,” wrote Brazil.

“I’m not having that at all. In fact, I think the suggestion is disrespectful to Scottish football.

There’s one thing saying stuff to be controversial and to sell newspapers, but it’s another to make yourself look stupid.

Celtic themselves are reported to be closing in on Liverpool youngster  Rhian Brewster, just one of the talented youngsters that can’t break into the Liverpool first team.

Ben Woodburn is another who can’t convince Klopp that he can deliver in the Premier League but is wowing people on the international stage for Wales.

Ryan Kent, Ovie Ejaria and Harry Wilson are three other Liverpool players that could perform well in the Premiership.

Dominic Solanke is a youngster who didn’t get a chance at Chelsea and moved to Liverpool in the hope of more first-team action.

That hasn’t worked out but a report in the Sun claims that Gerrard wants to make him his first signing at Ibrox.

If Brazil doesn’t think these sort of players will bridge the gap between Rangers and Celtic, with the Hoops trying to sign one themselves, it just proves he lives in a dreamworld.

The problem Rangers are facing won’t be solved overnight, and they won’t be magically cured by two or three young loan signings.

But what Rangers need is experience and youth, and quality throughout the squad with a bench that Gerrard can call on to change a game.

He doesn’t just need experience and with his contacts he can bring in players that will make a huge difference next season.