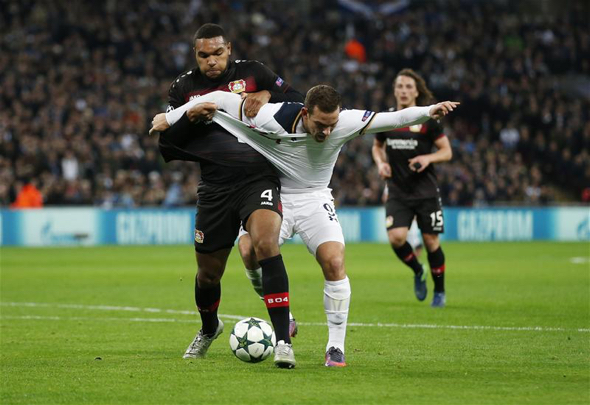 Former Liverpool midfielder Don Hutchison has named Bayer Leverkusen centre-back Jonathan Tah as the player the Reds should now be looking to sign.

The Merseyside giants were dealt a huge blow in their pursuit of Southampton centre-back Virgil van Dijk after the Saints reported them to the Premier League over tapping up claims.

The report resulted in Liverpool publicly apologising to the south coast club via their official website on Wednesday, where they also stated that they would be ending their interest in the Holland international.

Now, with a number of alternative names being thrown around who Liverpool could potentially sign, Hutchison himself named Tah in reply to a fan via his personal Twitter account on Wednesday evening.

Tah, 21, has already made 71 appearances for the Bayer Leverkusen first team after making his senior debut back in 2013 for then club Hamburg.

He transferred to Leverkusen in the summer of 2015 and has since helped them achieve a third and 12th placed finish.

The young centre-back has also been capped three times by the Germany international team and would certainly be on manager Jurgen Klopp’s radar, who has been keen to scour the Bundesliga in the past for potential new signings for Liverpool.

In other Liverpool news, Jamie Carragher tells who he is blaming for the Reds’ breakdown with Van Dijk.