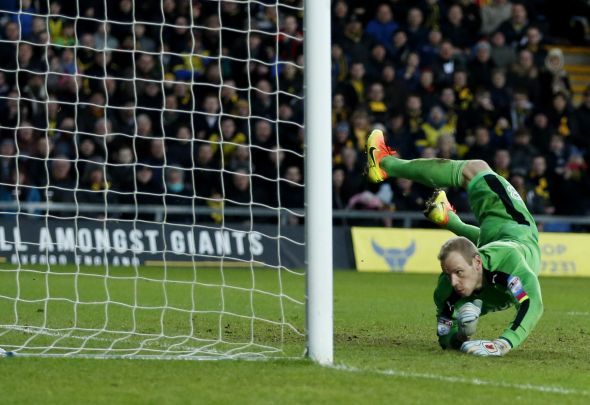 Newcastle have agreed to the terms of a loan move which will see goalkeeper Matz Sels join Anderlecht, it was confirmed on Thursday.

The north east giants announced via their official website that the 25-year-old shot-stopper would be heading back to Belgium on a season-long deal after just one-year in England.

The goalkeeper was manager Rafa Benitez’ first summer signing last year in a £4.5million deal from Gent as he looked to build a team worthy of winning promotion.

He started off as the club’s number one, playing between the sticks for the club’s first nine Championship matches.

However, a number of errors in his opening displays saw him demoted to the bench and then the club’s Under-23s with his last league appearance coming all the way back in September in a 1-1 draw with Aston Villa.

Sels will now be hoping to see more time out on the pitch for Anderlecht, who will be playing in the Champions League after winning the Belgian top-flight in the last campaign.

Meanwhile, Newcastle will be aiming for safety under the experienced Benitez.

Despite being classed as a loan move it is unlikely that Sels will ever play for Newcastle again and his future surely lies elsewhere. The Belgium made the move to the north east of England with a lot of expectation with it also reported that there was some Premier League interest in his signature. However, he simply failed to deliver for Newcastle and he is certainly not cut out for the top-flight of England. He can now go back to Belgium where he will look to make a name for himself again, while the Magpies can build on last season’s title winning squad.

In other Newcastle transfer news, the Magpies have made an enquiry for this 21-year-old Spaniard.