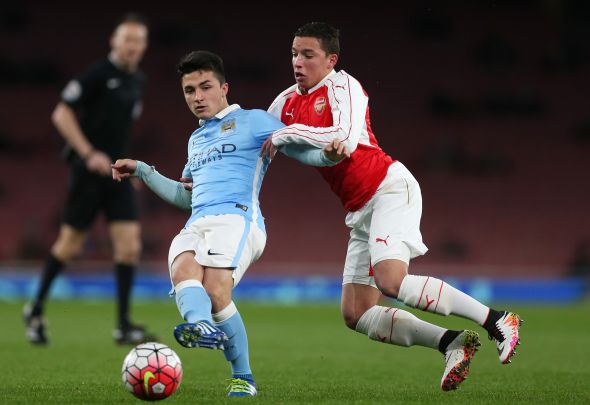 Arsenal’s Algerian midfielder Ismaël Bennacer has made a permanent move away from the north London club.

The 19-year-old has joined Serie B side FC Empoli for an undisclosed fee.

The news was announced on the official Arsenal twitter page on Monday afternoon.

Bennacer joined Arsenal from French club Athletic Club Arlesien in the summer of 2015 for a fee of £270k.

He was a regular for the Under-23s, making 24 appearances, and managed to break into the senior side once – in a league cup game against Sheffield Wednesday in October, 2015.

It wasn’t a great success though – Arsenal lost the game 3-0 and Bennacer never played for the senior side again.

Now it’s been decided that his future lies elsewhere, and the one-time Algerian international will try his luck in the second tier in Italy.

Empoli were relegated from Serie A last season and fans will be hoping their new Arsenal man can help get them back up at the first time of asking.

They play Ternana next in the league, away from home on Saturday.

In other Arsenal news, Piers Morgan has slated Arsene Wenger on Twitter following the Gunners’ defeat to Stoke.