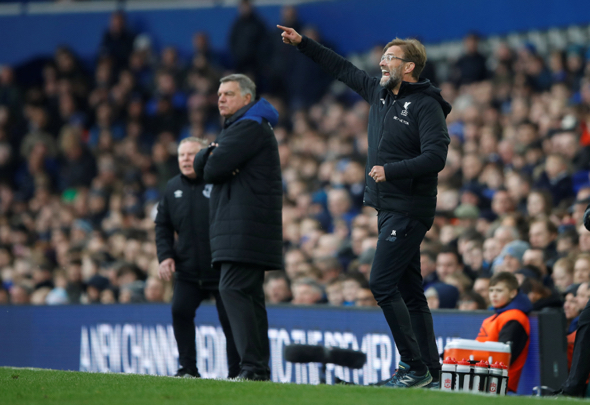 Football fans can be fickle but generally they’ll know what they’re watching during  a game.

And, despite one fantastic shot, they were all convinced that Yannick Bolasie had a shocker in the game against Liverpool on Saturday lunchtime.

He had Everton’s best chance of the first-half, when a brilliant curling effort was just about kept out by a fantastic save from Loris Karius.

However, following that, he came in for some severe criticism, with one fan asking for him to be locked in the toilets at half-time.

That didn’t happen and the cries for him to be taken off grew louder in the second half and fans were upset when Allardyce made a change and took Rooney off instead.

However, Bolasie didn’t get a reprieve for long and was hooked off in the 60th minute of a pretty poor derby game, that ended 0-0.

Here are the best reactions to Bolasie from frustrated Everton fans:

Get Bolasie off now

Bolasie is championship standard at best

Get bolasie off… Waste of space

Bolasie is a brainless oaf. He needs to realise he’s actually not skilful.

seriously get bolasie off that pitch