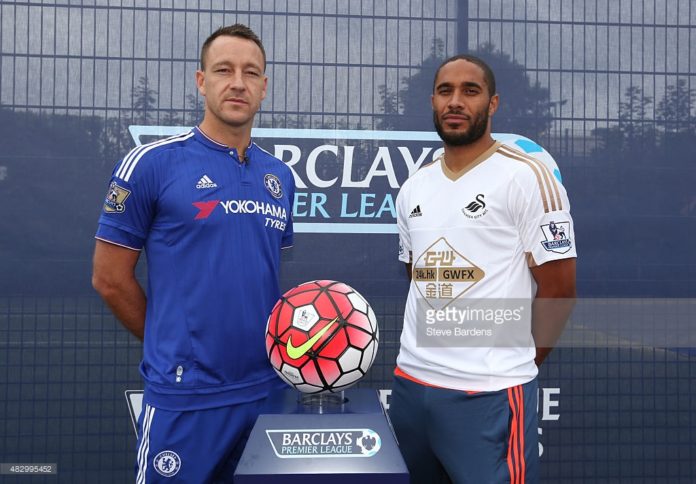 Everton supporters expressed their joy on Twitter over the news that Ashley Williams is close to joining the club.

Wales Online claim that Williams is set to complete a £10million move to Goodison Park in the next 48 hours.

This comes after ESPN FC reported that Everton are also expected to finalise the signing of Senegal international Idrissa Gueye within the next 24 hours.

The Everton fans seem overjoyed with the possibility of Williams being the replacement for Manchester City-bound John Stones and took to Twitter to express their approval.

Looks as though Williams is close to signing. Be a decent buy, will certainly bring leadership that’s been lacking https://t.co/vosBbQ2lwa

Ashley Williams get in that @Everton shirt

Solid short term signing Ashley Williams. Just what we need at the back.

@grandoldteam all this talk of Ashley Williams strengthening defence, he’ll also be a leader which we are desperately short of

I know it’s harsh but I would make Ashley Williams Captain. Jags has been a great servant but he isn’t a leader

Ashley Williams, what a signing, he’s exactly what we need in our defence.

I mentioned signing Ashley Williams few seasons back.Would have been an ideal replacement for Sylvain Distin.Happy with that deal if happens

Massive fan of Ashley Williams, will be a class signing of it comes off. 10 mill for a player with 4-5 years left in him – #everton

Williams helped Swansea to a twelfth-placed finish last season before being a key figure for Wales as they reached the semi-finals of Euro 2016.

He has two years remaining on his current deal and has developed himself into one of the most reliable defenders in the Premier League, starting all but two of Swansea’s 38 league matches last season.

The 31-year-old has been at the Liberty Stadium for the last eight years and is captain of both his club and country.

In other Everton transfer news, they are set to lose out on midfielder target as he opts for a move to Premier League rivals.