Michael Brown has been left raving as Leeds United look to bolster their under-23 side with Blackburn Rovers winger Luke Brennan.

As revealed by Football Insider earlier this week, Leeds have set their sights on signing 18-year-old Brennan from Ewood Park this summer, although Brighton have joined the hunt for his capture. 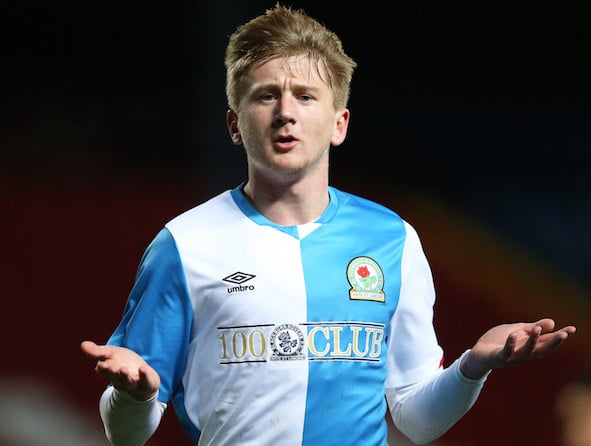 Their interest in the Rovers starlet comes after this site revealed the Whites are set to sign Linfield youngster Charlie Allen on a three-year deal.

While acknowledging that Leeds have a fantastic youth set up already, Brown believes signing some exciting prospects on the brink of the senior side would help boost their hopes of future success.

Brown told Football Insider: “They’ve always got players coming through at Leeds United with the academy but it would be good if they could possibly invest in a couple that they could bring in at a particular level under the first-team, ones they think can push to get in that squad.

“That would be a nice market, it would improve them – they’ll obviously be focused on here and now, trying to improve and trying to get to the Premier League – but that’s the next step going into the future.

“I think as Premier League clubs now, who have been in there for five years or so, who won’t buy that type of player, that development player because they’re not ready now. They’re just saying: ‘We’d love to but it’s just not our remit.'”

Leeds have already got a number of homegrown talents in and around the senior side, with midfielder Kalvin Phillips perhaps the most established youth graduate at the club.

Marcelo Bielsa has made good use of the academy during his time at Elland Road with the likes of Bailey Peacock-Farrell, Jack Clarke and Jamie Shackleton all emerging as first-team regulars.