The former Leeds striker and boyhood fan of the club, speaking exclusively to Football Insider, has insisted the Whites need to start being ruthless and get rid of players who are not going to make the grade in the Premier League.

As revealed by Football Insider on Thursday, Bielsa is torn on whether to let the 21-year-old leave Elland Road – either on loan or permanently – this month amid interest from several Championship sides.

It is understood the Whites have been inundated with enquiries over the attacker’s availability, with Derby County, Bournemouth Sheffield Wednesday, Preston North End and Cardiff City among his suitors.

Whelan has admitted he does not share Bielsa’s quandary over whether to keep Roberts on board this month and insisted his time at Elland Road should be coming to an end.

Whelan told Football Insider: “I mean, in my opinion, I would let him go, I think he’s kind of shown enough to me over the past 18 months on his day he can be a decent player.

“Is he a Premier League player in my opinion? No. I’m not sure whether he can actually cut it at the top level. I think he’d be a very good Championship player with somebody but we’re not looking to go back into the Championship.

“We’re looking for a different style and quality of player these days and when I look at the squad, is he going to get in before Pablo Hernandez? No. Is he going to play before Harrison, Raphinha, even Shackleton? No, not in my opinion. 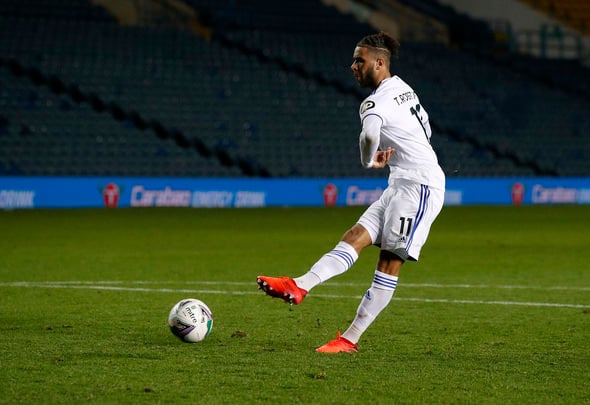 “I think he’s one of these players that has done his time at Leeds United but I think sometimes you’ve got to be realistic and it’s time to cut some people loose that aren’t going to be good enough.”

Roberts, who turns 22 on Tuesday, has started just twice in his eight Premier League appearances this term and has a total of 63 games under his belt for Leeds.