Paul Robinson has tipped Adam Lallana to complete a move from Liverpool to Leicester City this summer and reunite with former manager Brendan Rodgers.

Speaking exclusively to Football Insider correspondent Dylan Childs, the former England number one claimed the Foxes would be “the perfect fit” for the 32-year-old if, as expected, he departs Anfield this summer.

Lallana is out of contract on 30 June but is in line to receive a new short-term deal that will see him remain at the club until the completion of the 2019/20 campaign.

Premier League clubs unanimously agreed last Monday to allow for players’ contracts to be extended, including loan deals, until the end of the season.

The English midfielder is one of five heading for a summer exit and Robinson suggested the player is destined for The King Power Stadium given his connections with Brendan Rodgers.

“Lallana and Leicester are the perfect fit. Brendan Rodgers brought him to Liverpool so he is obviously a player that he likes and admires,” he told Football Insider.

“That player-manager relationship is there so if he is to leave Anfield this summer Leicester would seem almost a certain option for him, provided Brendan wants him.

“He is a top player and he has a long-while left.

“He has had a very good time at Liverpool but he is now of an age where he will not want to be sitting on the bench. It is an age where you want to play football.

“It could be a harmonious transfer for everybody.” 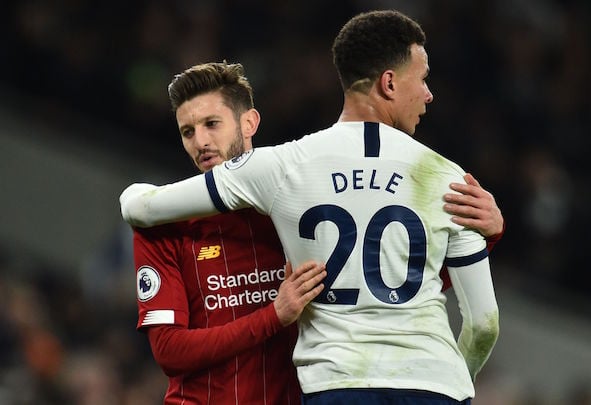 Football Insider revealed earlier this month that Jurgen Klopp has identified Curtis Jones as the man to replace the Englishman when he departs.

Lallana signed in 2014 by then-Reds-manager Brendan Rodgers, who has steered Leicester to third in this season’s Premier League.

In other Liverpool news, Kevin Phillips has told Football Insider who he expects to succeed Jurgen Klopp after The Athletic’s reveal.