The Cherries are in discussions with the German giants over a temporary move for the Danish international, but have so far been unable to agree terms with the Bundesliga side.

A source at the Vitality Stadium has told Football Insider that Dortmund are demanding an obligation to buy for Larsen but that Bournemouth want it to be an optional clause. 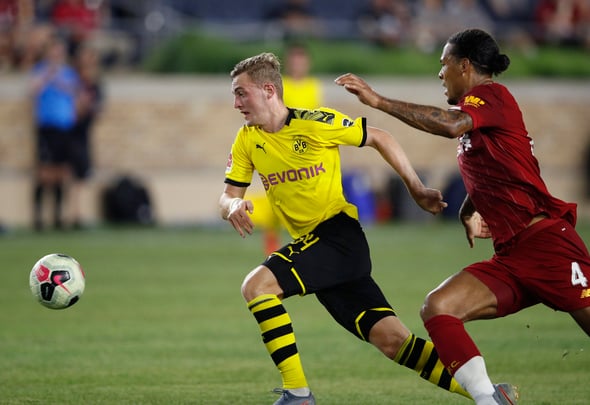 Larsen has found himself on the fringes of the Dortmund side this season, making just nine appearances in all competitions for the club this term.

Bournemouth boss Eddie Howe is desperate to add to his injury-hit squad before the close of the transfer window next week and is hoping a compromise can be reached with Dortmund.

However, the south coast side are reluctant to tie themselves to any permanent deal for Larsen in case they fail to secure survival in the Premier League, the Cherries currently third from bottom in the table.

The 21-year-old is understood to be interested in a move away from the Westfalenstadion this month in search of regular first-team football ahead of this summer’s Euro 2020 finals with Denmark.

He has one cap under his belt for his country and has played just nine times across all competitions for Dortmund this season, contributing just one assist.

In other Bournemouth news, it can be REVEALED that a Premier League rival has made a move for a Cherries attacker this month.