Noel Whelan does not expect Leicester City to have been put off by the price tag Celtic have placed on Kristoffer Ajer’s head this summer.

The former Leeds and Aberdeen striker, speaking exclusively to Football Insider correspondent Dylan Childs, claimed Brendan Rodgers would certainly have the funds available to purchase the 22-year-old if Caglar Soyuncu was sold for £60million.

Football Insider has revealed that the Hoops have placed a £20million price tag on the Norway international with Leicester and AC Milan interested in his acquisition. 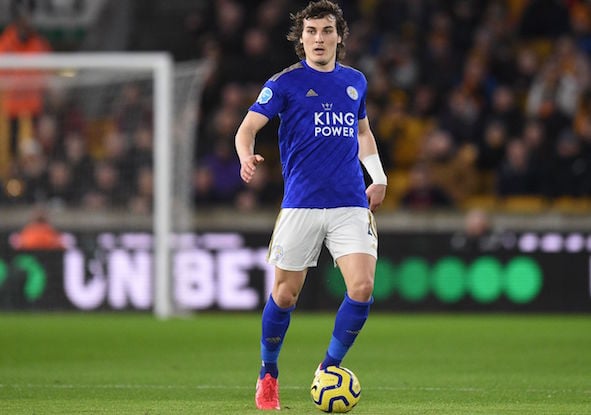 If sold for that price it would secure an incredible profit of over £19million for the defender after he was signed for just £550,000 in 2016.

Neil Lennon is resigned to losing the centre-half this summer after he rejected the club’s offer of a new contract.

When asked by Football Insider if potential suitors would be put off by the Hoops’ valuation of the player, Whelan said: “If he is contracted they can set their price.

“£20million is not that much when you think about the going price of players these days.

“If Brendan Rodgers wants him badly enough then £20million will become available.

“If Soyuncu goes in another direction then there will be a lot of money available because Soyuncu will probably command £60million.

“I am sure if Rodgers wants him badly enough he will have the money and resources.”

Ajer still has two years left on his current contract having signed a four-year deal in May 2018.

If he completed a switch to Leicester the 6ft 4in defender would be reunited with Brendan Rodgers – together they won two Scottish Premiership titles, two Scottish Cups and three Scottish League Cups.

In other Celtic news, Danny Mills has told Football Insider 24-year-old needs to “sort himself out” ahead of potential Parkhead move this summer.