Alan Hutton claims that Everton boss Carlo Ancelotti could be the perfect manager to help take Rangers striker Alfredo Morelos to the next level.

The former Gers and Scotland defender, speaking exclusively to Football Insider assistant editor Russell Edge, suggests the 24-year-old needs to be managed with a heavy hand after his disciplinary issues at Ibrox.

As revealed by Football Insider, Ancelotti is a big admirer of the Colombian striker and is planning on launching a summer raid for the Rangers favourite.

Hutton believes that Morelos needs an authoritative figure if he is going to be a success in England and claims that Ancelotti could get the best out of the temperamental hitman.

Hutton told Football Insider: “I think with his character that’s what you need, you need a manager that’s going to keep him in line, make him understand how he wants him to work and where he wants him to be at what time of the day.

“He doesn’t seem like that kind of player that you can let him get away with it, you need someone on top of him to get the best out of him.

“Everton, as I look at it, have got two top-quality strikers in Richarlison and Calvert-Lewin, they play very well together so he would have a job on his hands breaking into that line-up – they’ve obviously got Kean as well.” 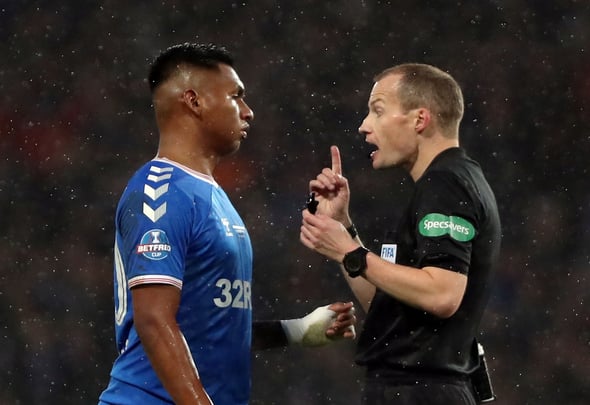 Morelos scored 29 goals in 46 appearances during the 2019/20 campaign, with six of those coming in the Gers’ Europa League campaign.

Dominic Calvert-Lewin is Everton’s top scorer this season with 15 goals to his name, with Richarlison sitting second on 13.

In other Everton news, Darren Bent admits he is concerned as Premier League giants plot raid for top Toffees star.