Frank McAvennie is baffled by the recruitment policy at Celtic as the club look to sign Exeter City winger Joel Randall this month.

The Parkhead legend, speaking exclusively to Football Insider, said that his former side need to sign players who can have an immediate impact on the first team and excite fans ahead of next season.

Hoops boss Neil Lennon has revealed that the club are in the market for a winger this month, having struggled while James Forrest has been sidelined through injury. 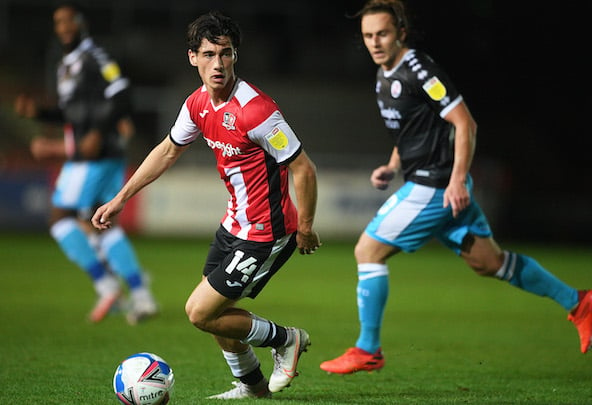 Football Insider revealed earlier this week that Exeter’s Joel Randall is firmly on Celtic’s radar with a £1million-plus bid set to be launched in the coming weeks.

The 21-year-old, who can operate from the left or right flank, has contributed eight goals and five assists in 24 appearances across all competitions this season.

When asked by Football Insider if the winger would be a welcome addition to Neil Lennon’s side, McAvennie said: “Celtic don’t need players for the future.

“We need players for now. You cannot spend money on someone that the fans are not going to see.

“They need to spend money on players who will sell season tickets next year or that can put up a challenge this season. There is no point signing players who are going to be in the reserves.

“I do not think they will win it but there is definitely a chance so we need to sign players who can help the team now.”

Exeter manager Matt Taylor has hailed the talent of Randall and claimed “he’s been a standout player” this season with “phenomenal running stats”.

In other news, a huge Celtic transfer update can be revealed as new bid is tabled for English sensation.