Paul Robinson is convinced Danny Drinkwater will be a “very astute” signing for Aston Villa once he reaches full match fitness.

Speaking exclusively to Football Insider, the ex-England international suggested that it was clear the 29-year-old was not operating at his full capacity just yet, but that he has the potential to be a smart piece of business for the Villans.

Drinkwater has started all of Villa’s past three matches since arriving on loan from Chelsea this month, having previously made just one Premier League appearance during a similar stint at Burnley during the first half of the season. 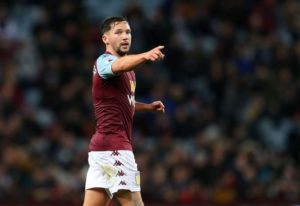 But while Robinson acknowledges the midfielder’s rustiness at the moment, he has also claimed that he has the ability to become an integral member of Dean Smith’s side.

“He’s a little bit off the pace at the moment, but I think he’s a very astute signing.

“You see him bossing other players in there, he’s a leader, a winner. He seems to have found his love for football, his hunger again and I think he’ll become a very, very good signing. 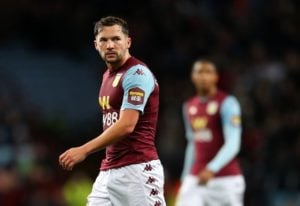 Drinkwater has struggled for game time in the top flight since leaving Leicester City for Chelsea in deal worth around £34 million in 2017.

The 2016 title winner managed just 12 Premier League appearances for the Blues before being offloaded to Turf Moor for his aforementioned loan spell with Burnley at the beginning of this season.