West Brom are closing in on the signing of Huddersfield Town striker Karlan Grant following a breakthrough in talks, Football Insider can reveal.

The Premier League new boys have had two previous bids knocked back for the prolific 22-year-old Londoner.

A Baggies source has told Football Insider that negotiations over a deal for Grant are now close to reaching a successful conclusion.

West Brom are confident terms can be finalised and that Grant can be signed ahead of the new Premier League season.

Slaven Bilic has made it a priority to strengthen his attack and talks have also been held over a deal for Watford’s Troy Deeney.

As exclusively revealed by Football Insider earlier this week, the Black Country outfit have also turned their attention to potentially signing Michy Batshuayi on loan from Chelsea.

Grant does not have the proven Premier League calibre of Deeney and Batshuayi but his promise and pedigree have impressed West Brom’s talent spotters.

He topped the Huddersfield scoring charts with 19 goals from 43 Championship appearances last season and was integral to them avoiding relegation. 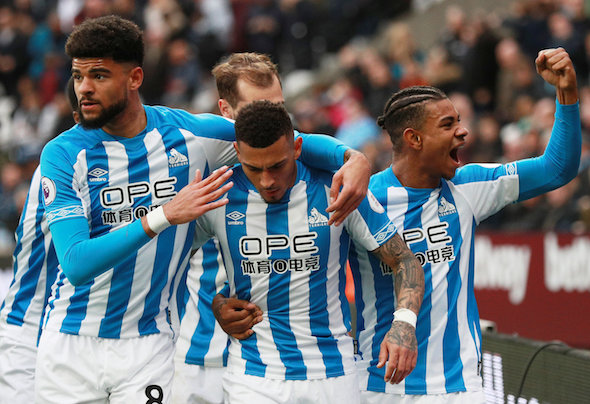 The January 2019 signing from Charlton Athletic has played 13 times in the Premier League – scoring four times – but has spent most of his career learning his trade in the lower divisions.

The former Crawley Town and Cambridge United ace has 23 goals from 57 Terriers matches after scoring 21 times for the Addicks.