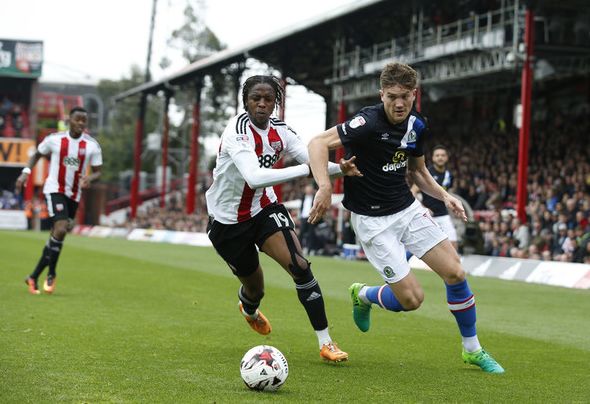 All three Championship clubs have expressed an interest in taking Gallagher on loan as they look to bolster their attacking options before the close of the transfer window.

However, it looks like Harry Redknapp has beaten Steve Bruce and Gary Rowett to the signature of the highly-rated Gallagher.

The former England Under-20 international enjoyed an impressive loan spell in the Championship last season with Blackburn Rovers and a number of clubs have been keeping tabs on his situation at Southampton.

Southampton managed to tie down the powerful forward to a new long-term deal earlier this summer to end any speculation that he could leave the club permanently.

The 21-year-old is well down the pecking order in Mauricio Pellegrino’s first-team plans at St Mary’s and the club feel Gallagher would benefit from another loan spell away in search of regular first-team football.

Birmingham have been chasing a new striker all summer and Gallagher’s arrival will come as a welcome boost to Redknapp as his side have so far struggled to score goals this season.