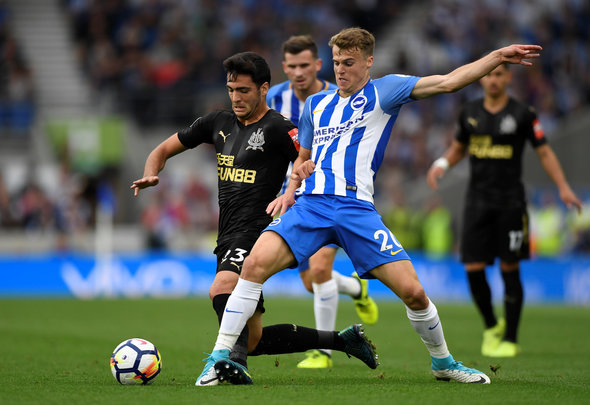 Newcastle United manager Rafael Benitez will be looking for a reaction from his side against Liverpool on Saturday after they allowed Bournemouth to snatch a point last weekend.

The Magpies looked set to secure their second successive victory and climb further away from the relegation as they entered the final 15 minutes 2-0 up at the Vitality Stadium, but two late goals mean that they had to settle for a point and remain within touching distance of the drop zone.

Liverpool meanwhile come into the clash having thrashed West Ham 4-1 and will be hoping to repeart their feats when Benitez returns to Anfield, the two sides having played out a 1-1 draw at St James’ Park earlier in the season.

However, while Jurgen Klopp is set to have a fully fit squad at his disposal, the Spaniard has been hit with two first team blows, Islam Slimani and Jonjo Shelvey both set to sit out the trip to Merseyside out as a result of injury.

As a result, the English midfielder, alongside attacking midfield star Ayoze Perez, can expect to be axed for the clash, with Newcastle fans’ favourite Mikel Merino and Joselu taking their places in the starting XI.

Benitez appears to have settled on a regular back four after injuries and suspension have forced him to rotate this season, and Martin Dubravka is the firm number one choice in goal.

In midfield, summer signing Mikel Merino, already a favourite among the Toon Army, is the natural replacement for Shelvey and is likely to take the 26-year-old’s place, while up front Dwight Gayle can be expected to play in a deeper role to accommodate Joselu, who scored the equaliser in the 1-1 draw on Tyneside after Philippe Coutinho’s opener.

In other Newcastle United news, the fans are set for a surprise after an official first team update.