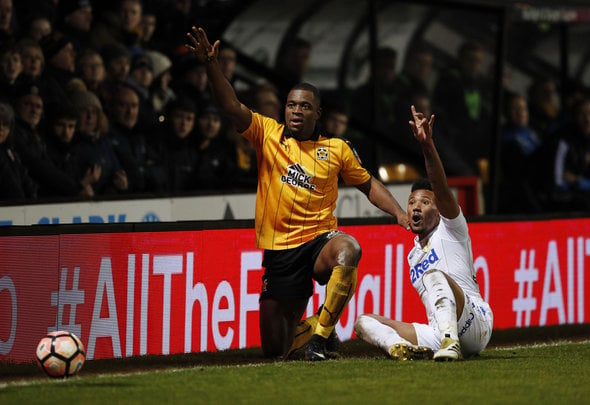 Young Leeds defender Tyler Denton completed his move on a season-long loan to Port Vale on Monday, and fans were quick to wish him luck.

The 21-year-old made three senior appearances for Leeds last season, scoring the only goal on his debut in a 1-0 win against Luton in the EFL Cup.

But he was told he wasn’t part of manager Thomas Christiansen’s immediate plans and heads to Port Vale in search of regular first-team football.

However, he was pinned down on a three-year deal just a few days ago, which means the Leeds hierarchy definitely see him as a big part of their future.

Leeds fans think that the loan move will do him the world of good and took to Twitter to wish him luck and congratulate Port Vale on their acquisition.

Denton and Coyle will benefit so much from these loan seasons. Come back even better. ⚽️#lufc

Good luck Tyler, have a great season and come back ready to challenge for that left back spot at ER

It's good for young Tyler Denton to go out on loan and get some football, he will certainly be a regular at Leeds in the coming years #lufc

Personally would have kept him around until our defence injuries have subsided, maybe an indication of a defensive signing on the horizon

Good for Tyler Denton going on loan, he's a good player but he's not going to improve in the reserves playing the odd game #LUFC

The Leeds players won’t have to wait long for a reunion with the young player.

Leeds play Port Vale in the Carabao Cup on Wednesday night, although Denton himself won’t be eligible to play.

He is expected to make his debut for his new team on Saturday in League 2.

In other leeds news, this 21-year-old was named in the EFL team of the week after the win against Bolton.