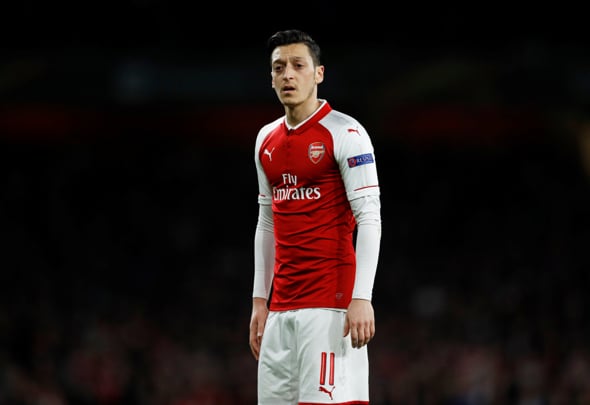 Arsenal suffered an extremely frustrating night at the Emirates in the first leg of their Europa League semi-final against Ateltico Madrid.

With the visitors down to ten men after just nine minutes, Arsenal absolutely dominated the game but missed chance after chance before Alexandre Lacazette scored the opener with a brilliant header.

However, despite hardly venturing into the Arsenal half, Antoine Griezman scored with a sucker punch after some calamitous defending.

That away goal could be crucial and it left Arsenal with much less than they deserved from the tie, leaving Arsene Wenger to say it was the “worst possible result” for his side.

And Arsenal fans think a lot of the blame has to go to mercurial attacker Mesut Ozil.

He was almost completely anonymous in the second half of the game and it left Arsenal supporters gnashing their teeth in frustration.

Here are the best reactions from Gunners fans to Ozil’s display:

I don’t disagree Wilshere did not stop running the whole game but for me the whole second half Ozil went missing and nothing he did came off. Bear in mind he’s on £350k. It’s nights like that you need your highest paid players to steel the show. Real vs Bayern prime example.

Ozil and Ramsey have disappointed us last night, we were not good enough.#AFC_TH

Also felt Ozil was poor tonight, I’m sure as usual his stats will look good, but he wasn’t crisp and we really, really needed him to create those goals we needed. Sigh. #Arsenal

Tie not over? On paper, no of course not. In reality?? It's done. Disgusted in Ozil going hiding tonight. Another big game, another no show from him. Yeah a few slick moves, but why can't he take a game by the scruff of the neck??

In other Arsenal news, fans all saying the same thing after huge Wenger revelation 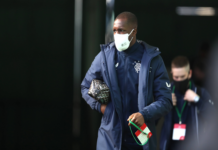