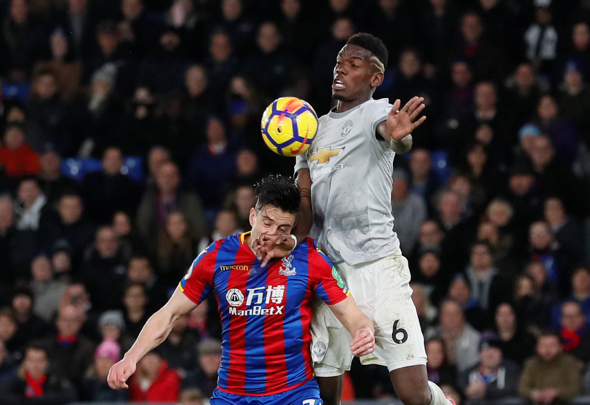 Man United fans had to endure a very shaky night in south London as Crystal Palace took the game to them only to lose at the death.

The team fighting for their Premier League lives went two goals up before Man United managed to get a toehold in the game with a Chris Smalling goal in the second half.

Romelu Lukaku scored an equalising goal, but it took an absolute screamer from Nemanja Matic to secure the three points in injury time that took them back to second in the league.

Man United fans had some choice words for a fair number of their big-money stars but Paul Pogba got the worst of it.

The 24-year-old midfielder, who cost £95million from Juventus, hasn’t settled at Man United and certainly hasn’t delivered what the fans were expecting from him.

It was another disappointing night for Pogba at Selhurst Park and fans were quick to jump on their star man on Twitter.

Here are the best reactions from United fans who are quickly losing patience with Pogba:

Pogba has been absolutely dreadful. The amount of pointless shots from distance that have wasted time that he's done is ridiculous #PALMUN

Pogba acting like such a donkey in the first half

#MUFC Pogba hides his listlessness by falling over people…a regular trick of his. He’s seriously off this guy. What to do with him? #Sell?

The attitude of Pogba and Sanchez is not United-worthy.

In other Man United news, ‘Abysmal’, ‘Not fit to wear the shirt’ – Man United fans fume at ace after first-half shocker v Palace