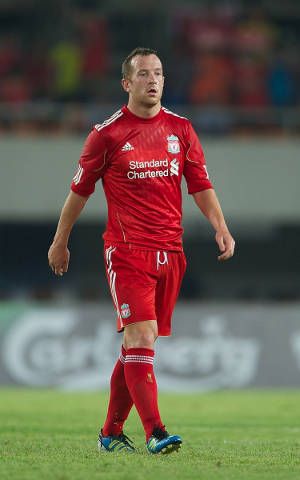 Scotland fans reacted on Twitter after former Liverpool midfielder Charlie Adam delivered a message to his compatriots prior to their World Cup qualifier against England.

Adam brushed aside his disappointment at being excluded from the Scotland squad which will face England on Friday evening despite voicing his disagreements on the selection process.

The Stoke City star was left out of Gordon Strachan’s squad while Celtic’s Scott Brown has come out of retirement to return to the side and will captain them against the Three Lions.

“I’m not saying he should call me, but I feel I could add something,” Adam told BBC Radio 5 live’s Monday Night Club.

“He will probably say I’ve not played enough games but I disagree.He has given people an opportunity that have not played at their club for a number of months.

“We are not blessed with 50-60 top players. Obviously my face does not fit at the moment,” he added.

The 30 year-old has made seven appearances for Stoke this season but has not featured for the national side since June 2015 during a 1-0 friendly victory against Qatar.

Adam has made 26 appearances in total for Scotland but was left out of their squad to face England and only four Premier League midfielders were named.

The former Liverpool man seems to have forgotten his concerns ahead of the match and wished his Scotland teammates good luck and fans reacted to the gesture with support on Twitter.

from a English liverpool fan you should be playing this eve 👏🏼👏🏼👏🏼

it's scotlands shame that strachan louse doesn't see fit to play you. I won't be watching, in support of you

wish you were playing

How players like Charlie Adam, Matt Phillips and Jordan Rhodes aren't in the Scotland squad is beyond me. Ross McCormack always snubbed too.

In other Liverpool news, fans react to the news that Daniel Sturridge is expected to start ahead of Tottenham’s Harry Kane for England.