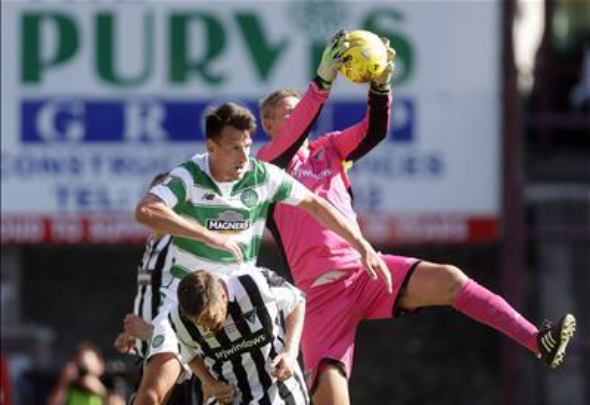 Jan Vennegoor of Hesselink claims that Celtic need to line-up replacements for their stars in case they lose them this summer.

Vennegoor of Hesselink was a big hit at Celtic and helped the Hoops get past the group stage of the Champions League twice during his time at Parkhead.

In the 2006/07 campaign they were knocked out of the round of 16 by AC Milan and the next season they progressed through the group again, only to lose to Barcelona.

Now, Vennegoor of Hesselink claims that if Celtic want to repeat the feat, and go one step further than last season, they need to be prepared for all eventualities this summer.

He knows that manager Brendan Rodgers wants to hold onto his top players, but claims that if big-money bids come in, it will be impossible to hold onto them.

For that reason he claims that Rodgers should line up reasonably cheap alternatives if the worst happens.

Talking in the Scottish Sun, Vennegoor of Hesselink said, “It’s idealistic to think that you can keep hold of your top players because if a large offer comes in — say £25million for Dembele — then there is nothing you can do.

“One of the things that Celtic should do is think longer term about who they will bring in if they sell players.

“That’s the philosophy that can make the difference — and help them reach last 16.

“You need to plan. If you sell a really big player for £30m, let’s try to get three players of £2-3m and they can grow, achieve their potential and then they can help your club progress in the Champions League and then be sold on.”

Vennegoor of Hesselink made a total of 95 appearances for Celtic, scoring 34 goals during his time at the club.

In other Celtic team news, this Chelsea youngster is currently at the club on trial in search of a loan move.