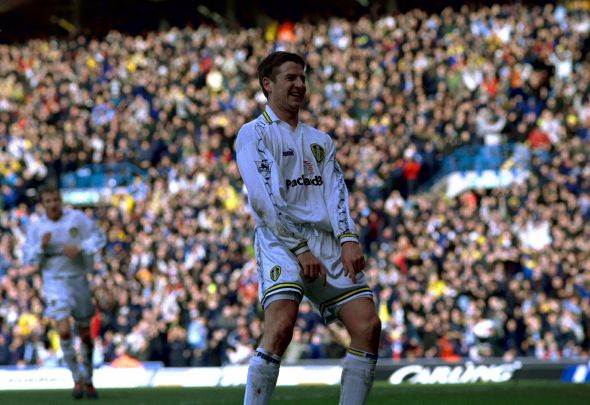 Michael Bridges has revealed he is desperate to see Leeds gain promotion to the Premier League this season.

Leeds currently sit in 11th position after five wins from six league and cup encounters propelled Garry Monk’s side to the top half of the Championship table throughout September.

Bridges, who spent five years at Elland Road, revealed on his personal Twitter account that he hopes Leeds are playing in the Premier League next season after reflecting on the Yorkshire giants 4-4 thriller against Everton in 1999.

What a match this was 👍
4-4 Thriller #classic
Let hope @LUFC are playing @Everton next season in the @premierleague ⚽️⚽️ https://t.co/JyQYVIEc1O

Bridges scored two goals against the Toffees, as the two sides saw out a thrilling draw that saw former Leeds stars Harry Kewell and Jonathan Woodgate also find the back of the net.

The 38-year-old is currently working as a pundit in Australia for Premier League channel Optus Sport, after seeing out his career in the A-League with Newcastle Jets and Lambton Jaffas.

The former striker endured an injury-ridden career at Elland Road, making just 75 appearances and scoring 21 goals in his five-year spell in Yorkshire.

Leeds will be looking to continue their good form prior to the international break on Saturday, as Monk’s side face Derby and newly appointed manager Steve McClaren.

Monk will be serving a one-match touchline ban against the Rams, following comments made to a match official during Leeds loss to Bristol City.

In other Leeds news, where is former Champions League star and Norway international Eirik Bakke now?