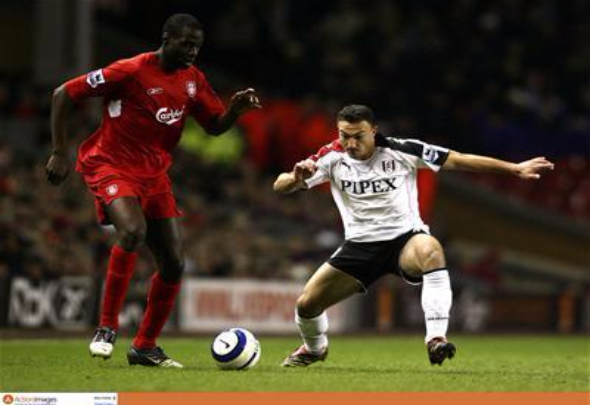 The now 36-year-old, who started at left-back in the 2005 Champions League final, posted on his personal Twitter account his best wishes to former Seattle Sounders teammate Yedlin after he completed a transfer to the Magpies from Tottenham on Wednesday.

Traore issued his congratulations to “my boy” after the USA international, 23, signed a five-year Newcastle contract.

Traore joined the Anfield club at the age of 19 from French club Laval in 1999 and played in 141 encounters for the Reds, which includes two years under Rafa Benitez.

The former Mali international played alongside Yedlin in the MLS before the American right-back earned a move to Tottenham.

It was revealed on Wednesday that Yedlin had completed a move from Spurs to the Magpies.

Benitez revealed that the USA international had been signed as a direct replacement for Daryl Janmaat, who joined Watford earlier on Wednesday after the north-east giants accepted a £7.5million bid.

“We have known for a little while of Watford’s interest in Daryl Janmaat, so it was important for us to bring in a replacement immediately,” Benitez told the Newcastle website.

“In DeAndre we have a player who knows English football well. He has good experience, an attacking mentality, ability and great pace.

“I think he can do really well for us and will give us good competition on the right.”

The full-back was in attendance for the Magpies’ EFL Cup win over Cheltenham on Tuesday night and has joined the Championship outfit after being deemed surplus to requirements under Mauricio Pochettino.

He played a key role for Newcastle’s fierce rivals Sunderland on loan last season, as they avoided relegation under the new England manager Sam Allardyce.

The right-back made 25 appearances for the Black Cats across all competitions and made a strong impression with his defending and pace when attacking during his time at the club.

In other Newcastle news, the Toon are interested in offering Romain Alessandrini an escape from Marseille this summer.