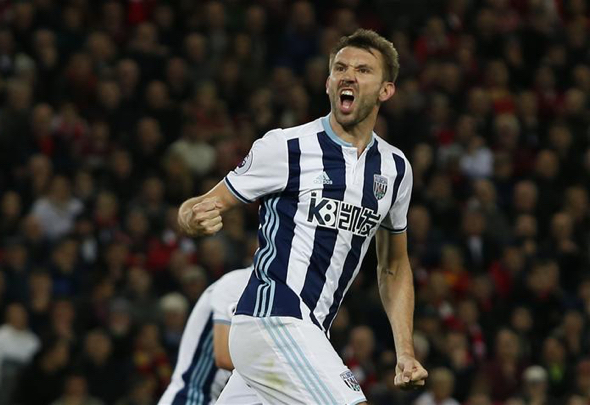 Rangers are considering a swoop for experienced West Brom centre-back Gareth McAuley, according to a report.

The Daily Record claim that Mark Allen has made contact with McAuley’s representatives over a possible one-year deal.

The 38-year-old is a free agent after being released at the end of last season, with his contract officially set to expire at the end of June.

And he is said to be keen on a move to Rangers, although they will face competition from a number of English championship sides, as he sees them as the perfect team to help him stretch out his playing time with his country.

McAuley stands at 6ft 3in tall according to Transfermarkt and was reportedly on £10,000-a-week at West Brom.

A short-term fix isn’t necessarily such a bad thing for Rangers given their current situation. A central defence of Connor Goldson and Gareth McAuley would give Steven Gerrard a real base to build on, and McAuley can easily do a one-year stint in the Scottish Premiership. He’s still playing for Northern Ireland and won two more caps over the past week, and the defender wants to carry on playing for his country for as long as possible, with his eye on 100 caps. That’s not the usual way of doing things, with ageing players normally concentrating on club careers to keep the money coming in, but McAuley is a football man and just wants to keep playing. He wants to lead Northern Ireland into Euro 2020 so he thinks he can keep playing until he’s 40. That’s old, but despite getting relegated with West Brom this season he’s still attracting interest from the likes of Aston Villa. We think this would be a great one-year deal, and possibly beyond.