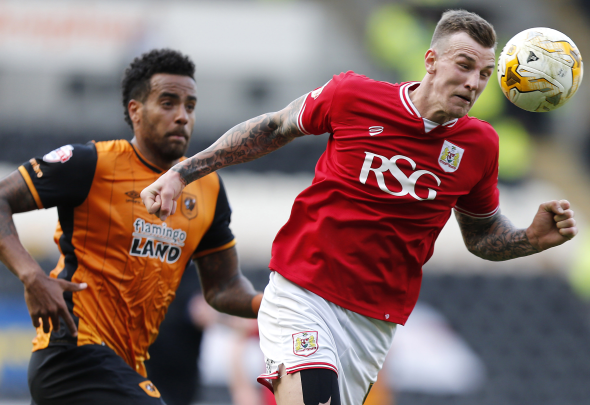 Newcastle have made Bristol City captain Aden Flint their next main target as they look to solidify their defence, according to a report.

The colossal centre-back stands at 6ft 5in, and is renowned for his aerial prowess in both defence and attack.

The Shields Gazette reported on Thursday that the former Swindon Town defender is on Rafa Benitez’s radar, despite having three years remaining on his contract.

The Spaniard is after some Championship experience to shore up his defence and replace former captain Fabricio Coloccini, who has returned to his homeland to play for San Lorenzo.

Flint, 26, was at the heart of a three-man defence alongside Derrick Williams and Luke Ayling as City were promoted to the Championship in 2015-16.

Flint, formerly of Alfreton Town, scored six league goals in the campaign, including two against Ipswich Town to record a 2-1 win in manager Lee Johnson’s first game as boss.

North East rivals Sunderland have also been linked with making a bid, but it seems Benitez is more likely to make an offer with Flint’s Premier League experience non-existent.

The former Real Madrid manager has been busy in the transfer market so far, wrapping up deals for Matt Ritchie, Dwight Gayle, Matz Sels and is close to confirming a deal for Atletico Madrid defender Jesus Gamez.

In other Newcastle news, the Magpies have demanded at least £19 million profit for their Euro 2016 star.