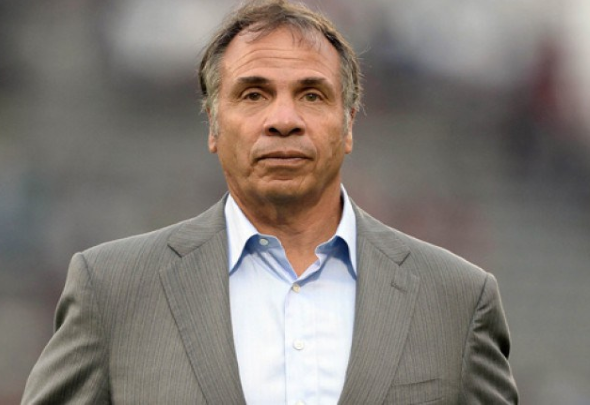 Steven Gerrard’s former manager at LA Galaxy, Bruce Arena, believes the Rangers boss has a “lot of the characteristics” needed to be a success  – and thinks the Liverpool legend can become a “strong manager.”

Arena managed Gerrard during his stint in Major League Soccer as he brought his playing career to an end and believes that the 38-year-old’s background will “help him grow” as a coach.

Gerrard’s first competitive game will come on July 12th and Arena admits that it “remains to be seen” how Gerrard will cope.

“Well being a manager or a coach at any level requires some experience. Steven Gerrard’s only a couple years out of playing, he’s had some time at the academy level at Liverpool. I think in time he can become a strong manager,” Arena told Omnisport, as quoted by Sportskeeda.

“I think Steven Gerrard’s always wanted to stay involved in the sport his whole life. His background is a strong one as a player, got some good experience in the United States as well, it helps him grow.

“It remains to be seen what he’ll be like as a manager but one would think he’s got a lot of the characteristics you need to be successful.”

Arena’s been around the game long enough to know what he is talking about and has a phenomenal reputation across the Atlantic. Gerrard’s time in LA wasn’t a huge success but working with him every day will have given Arena an insight into his plans for the future as his playing career came to an end. With only a few weeks until things get going for real, Gerrard will have his work cut out to have his side ready but the Liverpool legend is making an impressive start so far. Despite only spending a year in the States, the game is growing at a phenomenal rate and it will be interesting to see if Gerrard looks to take advantage of that in some shape. The experience that Gerrard had in the States with travel and different climates could also shape his recruitment policy after admitting he struggled with the change after moving.