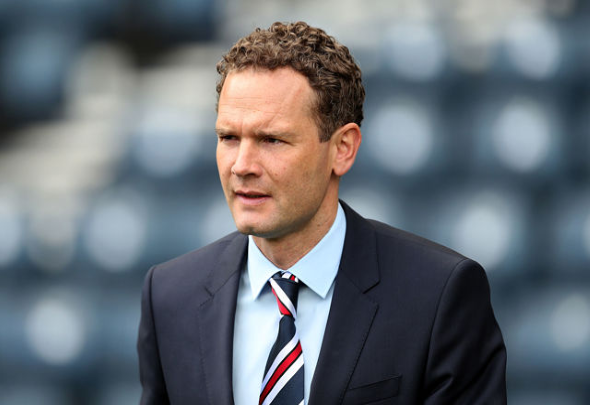 Rangers first-team coach Jonatan Johansson thinks Alfredo Morelos’ performances against Celtic in the last two Old Firm games have shown how good a player he is – and insists moving from Finland to Rangers is a “huge step up” for the 21-year-old.

Morelos joined the Light Blues from Finnish champions HJK Helsinki in June and has hit the net 17 times so far this season but came in for criticism after failing to convert gilt-edged chances to score in the previous two meetings with bitter rivals Celtic.

The Colombian was dropped to the bench by manager Graeme Murty for Saturday’s surprise 1-0 defeat at Ibrox by Kilmarnock and Johansson thinks people sometimes forget the striker is only 21.

“People sometimes forget how young he is because he plays such a physical game,” Johansson said, as quoted by the Sunday Post.

“In the last two or three years, he has moved countries twice and had to learn new languages. These have been big changes for him. Moving from Finland to Rangers is a huge step up.

“He has been on a long journey for such a young lad, but he is a tough boy.

Morelos has been touted for a place in Colombia’s squad for this summer’s World Cup in Russia after his form for the Gers and recently signed a new contract at Ibrox to extend his stay until 2021.

After starting the game on the bench, Morelos was a second-half substitute against Steve Clarke’s side but couldn’t help the Gers overturn Killie’s advantage after Kris Boyd netted for the 20th time this term.

Rangers rejected a number of bids from Chinese Super League side Beijing Renhe in January and February as Murty and director of football Mark Allen look to build a squad capable of challenging Celtic for the Scottish Premiership title.

Johansson has first-hand experience of the move from Finnish football to Scotland – via a brief stint in Estonia – when he joined the Gers as a 21-year-old under Walter Smith and is well-placed to give his view on Morelos. The Finn works with the striker every day and will be able to help Morelos continue to improve at Ibrox. If Morelos was Scottish and come through the Academy at Rangers he would be afforded much more patience from some in fans and pundits. With 17 goals in 36 games, it is hardly a poor return from a £1million striker few had heard of before he was first linked with the Gers.

Don’t miss out on breaking and exclusive Rangers and Celtic news by clicking here for our brilliant 24/7 updates onFacebook, Instagram and YouTube.