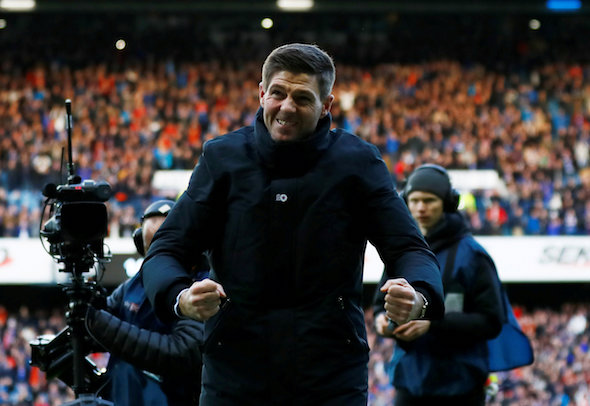 Speaking exclusively to Football Insider assistant editor Russell Edge, the ex-Leeds and Tottenham star believes a move to Ibrox could help the 28-year-old reignite his career after his contract was terminated at the London Stadium.

As revealed by Football Insider, Rangers are preparing a contract offer for Wilshere and that Steven Gerrard has already been in touch with the midfielder over a potential deal.

Brown believes that game time has got to be the priority for the former Arsenal star and that the Glasgow giants could offer him the ideal opportunity to showcase his “fantastic” ability.

Brown told Football Insider: “I think you could tell he was frustrated by the statement that came out to say he was ready, he wanted to play, to let everybody know that he was ready and that he wants to play some games.

“I’d love to see him just play a load of games because his ability is fantastic and it’s just going to be the right place. It’s being realistic – someone will take him and say: ‘Right do we bring him on for 30 minutes and he’ll create something for us?’

“I think Jack Wilshere’s missed so much football, he just needs to play, it would be great if he could go somewhere he knows he’s starting every week – can his demands take the time to do it?

Wilshere played just 19 times for West Ham after his move in 2018 and he has made just two appearances in 2020.