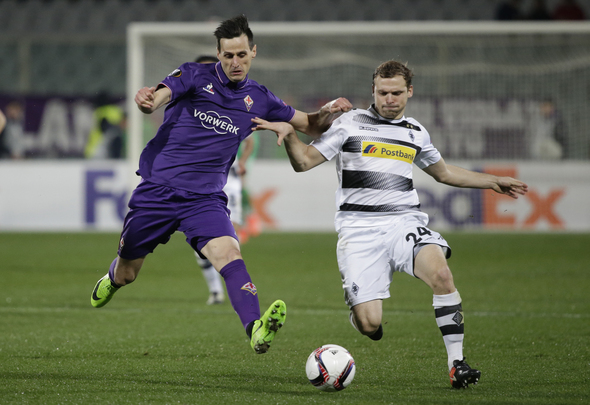 Everton look set to miss out on Fiorentina striker Nikola Kalinic as he has agreed to join Serie A giants AC Milan, according to a report.

Gazzetta Dello Sport claims on their website that Kalinic, 29, is ready to undergo a medical ahead of a loan move to the San Siro, which has the option to be made permanent in the future.

This comes after Tutto Mercato Web claimed that Everton had lodged a mega-bid worth £26.6million for the Croatian international striker, which Fiorentina wanted to be matched by Serie A title contenders Milan before they would consider selling him to one of their domestic rivals.

It was said that Kalinic was so desperate to force through a move to Milan that he even failed to turn up to training earlier this week.

The former Blackburn striker signed for Fiorentina in 2015 and hit the peak of his form with them last term as he netted 20 goals in 42 appearances across all competitions.

Everton have been widely reported to be on the lookout for someone to fill the void left by Romelu Lukaku, but it now seems that they will have to look elsewhere after this particular pursuit failed to come to turn out how the Merseysiders would have wanted.

SkyBet have AC Milan priced at third favourites (6/1) to win the Serie A title this season.

It might be a blow for Everton right now to miss out on Kalinic, but ultimately the striker is not good enough to replace Lukaku or even force himself to be above Sandro Ramirez or Wayne Rooney in the pecking order. The Croat might have had a good season last time out, but there’s no way that he would be likely to repeat those feats in England with the Toffees, who should really be looking at a higher calibre player. Time is perhaps running out for Koeman to find himself another striker with deadline day now looming, but he shouldn’t be drawn into any panic buys. There must be other options on his radar.