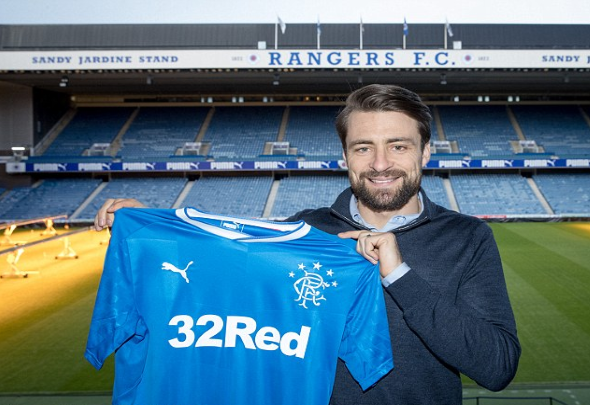 Rangers defender Russell Martin admits it will take the Gers a “long time” to get to where they want to be – but insists the defeat against Kilmarnock was “just a bad day” for Graeme Murty’s side.

The Light Blues fell to a second successive defeat against the Rugby Park side as they fell further behind bitter rivals Celtic at the top of the Scottish Premiership.

Kris Boyd scored the only goal of the game as Killie wrapped up a 1-0 win at Ibrox as the Gers recorded their seventh home defeat of the season.

Martin challenged his team-mates to “show some character” after back-to-back defeats and get back to winning ways.

“It’s a process and it takes a long time to get to where the manager wants us to be. Today’s a setback but we have to make sure we put it right and keep working on the same things,” Martin said, as quoted by the Daily Record.

“They will pay off and we will get more wins than we do defeats.

“We will have better days than we have today – like we have recently. This was just a bad day and we have to move on and make sure we show some character to bounce back.”

The veteran defender joined the Light Blues in January on a season-long loan from Norwich City and has made nine appearances for the Gers so far.

Martin was withdrawn from the Scotland squad on Sunday night after suffering a back injury before the Old Firm game eight days ago which appears to have flared up again following the Kilmarnock defeat.

While Martin is right that the Gers players need to “show some character” the clash with Kilmarnock was the perfect opportunity to bounce back from the Old Firm defeat to Celtic but, instead the Gers offered up a flat, tepid performance against Steve Clarke’s side. With two weeks until their next fixture, the Light Blues will be left stewing until they get the chance to put it right against Motherwell on March 31st. With an Old Firm semi-final coming up shortly, the Gers need to get back winning quickly if they are to have any shot at making May’s Scottish Cup final.