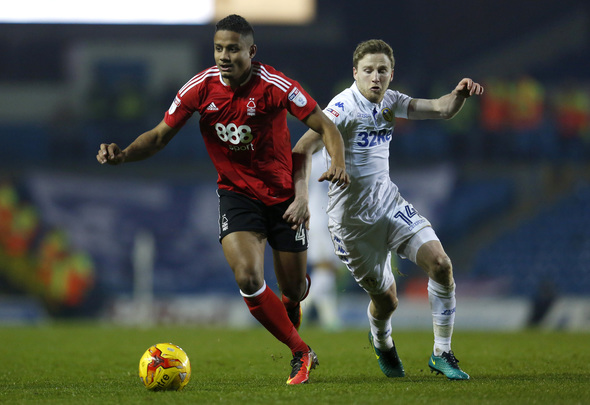 The 29-year-old was recently handed a new deal by the Reds and Burns cannot seem to understand why.

Mancienne has played in all but two games since Mark Warburton took charge at the City Ground in March and Burns, 63, believes that his deal was not merited due to his lack of presence in the Forest defence.

“Personally, I remain baffled that Michael Mancienne got a new contract. Let me ask this, what does he actually bring to the team?” said Burns on the Nottingham Post website.

“He doesn’t win headers and I struggle to think of a player who passes it square or back as much as him.

“I’ve never seen him talk, except for when he was sat next to [Chris] Cohen in the director’s box. I wouldn’t like to think of him playing ahead of Joe Worrall and holding his development back.”

Worrall is rated as one of the more outstanding youngsters to come through the Forest academy in recent years and has played well when called into the first-team as Forest struggled with defensive injuries for most of the season.

Mancienne, a former Chelsea and Wolves player, has made 30 appearances for Nottingham Forest across all competitions this term and has also been forced into spells on the sidelines.

He has been forced to play at right-back and in defensive midfield in the last year but was sent off in the 2-1 loss to Huddersfield in December while playing in a more advanced role.

Burns knows a thing or two about defending, as the former centre-back was known as one of the toughest men in British football during his career as he was a part of the famous two-time European Cup winning squad managed by Brian Clough.

In other Nottingham Forest news, the Reds’ link to the Turkish Messi has intensified.