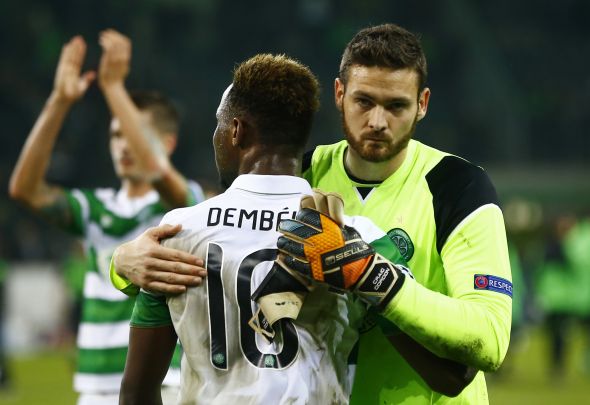 Former Celtic striker Jan Venegoor of Hesselink believes that Moussa Dembele could be the best piece of business the club has ever done.

Dembele, 20, signed for Celtic in the summer from Fulham for little more than a £500,000 compensation fee, but has recently been tipped to make a stunning £40million move to one of Europe’s top clubs.

Speaking to the Sunday Post, Venegoor of Hesselink – who scored 44 goals for Celtic in 108 appearances – admitted that Dembele was a fantastic piece of business by Brendan Rodgers.

The France U21 international has scored an incredible 29 goals from 42 appearances for Celtic this season, and has scored nine goals in his last four games.

Premier League duo Chelsea and Manchester United are reportedly keen to sign him this summer, while European heavyweights Bayern Munich and Real Madrid are also believed to be interested.

Celtic chief Rodgers will want to keep Dembele at the club for as long as possible, but should he decide to cash in on his star goalscorer, Venegoor of Hesselink believes it could turn out to be a worthwhile decision.

He said: “For Celtic to have bought him from Fulham for just £500,000 is a fantastic piece of business. It could well turn out to be the best financial return they have ever known.

“But it’s interesting that the agent has said the player is staying for two or three more years. Well, imagine the valuation Celtic might have put on him 12 months from now.

“I’m sure Brendan Rodgers and the Celtic supporters would love to see him stay for many years but they are also realistic enough to know all good things must eventually come to an end.”

The Dutchman is referring to comments made by agent Mamadi Fofana, who claimed that Dembele would remain at the club until the end of his contract.

Fofana is both the representative and a close friend of Dembele, and ruled out the possibility of his client quitting the club before the end of his deal, which expires in 2020.

In other Celtic news, the Hoops are set to complete this bumper deal in the next few days.