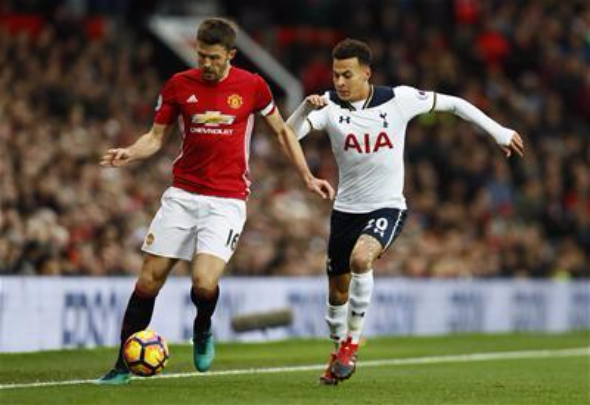 Jermaine Jenas has defended Dele Alli and claims his lack of form is not his fault – as the whole team are to blame.

The 20-year-old has struggled to reach top form this season and has looked a shadow of the player who won the PFA Young Player of the Year award in the summer.

Alli has scored just three goals and provided one assist in the Premier League in his first 15 games this season, which is disappointing given the amount of chances he has spurned throughout the 2016-17 campaign.

He earned a call-up to the England senior squad last season following his performances for Spurs and by the time he travelled to Euro 2016 he was already a key member of his club and international team.

Former Tottenham midfielder, Jenas, who also won the PFA Young Player of the Year award in 2003, defended Alli and said it is a lack of form from his team which has had an affect on his performances.

“I think he’s being harsh on himself. I think it’s more of a Spurs issue – I don’t think the team is playing well,” said Jenas, as reported by the Evening Standard.

“I think he’s doing alright and if he puts away half of the chances that he misses, which he’s been very self critical about, we could be talking about Dele Alli on eight on nine goals already.”

Tottenham currently sit in fifth position in the Premier League table but are 13 points behind league leaders Chelsea and they trail Arsenal by four points too.

Mauricio Pochettino’s side will be hoping to build upon their 3-0 victory against Hull City when they take on Burnley at White Hart Lane on Sunday afternoon.

In other Tottenham news, Ashley Cole has made this big claim about Spurs.