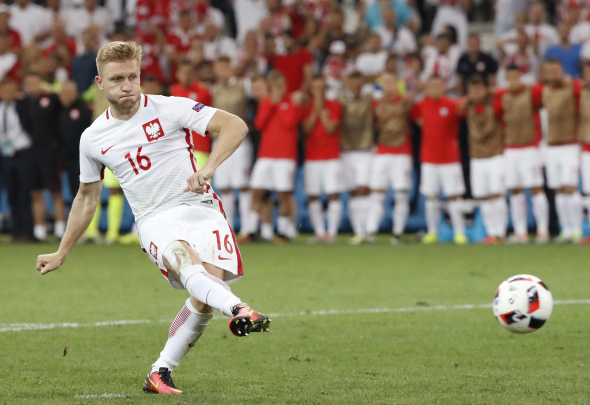 Liverpool boss Jurgen Klopp is planning on raiding his old side Borussia Dortmund in an attempt to sign out-of-favour winger Jakub Blaszczykowski.

The Poland winger scored twice at Euro 2016, his first coming against Ukraine in the group stage and then he added a second during the Round of 16 match against Switzerland.

According to German newspaper Bild, the 30-year-old is available for a cut-price fee believed to be between £4million and £6million after he spent last season on loan at Fiorentina. He has two years remaining on his Dortmund contract.

Klopp worked with Blaszczykowski during his time at Dortmund, winning back-to-back Bundesliga titles in 2010-11 and 2011-12.

However, the former Wisla Krakow wide man has fallen down the pecking order at the Westfalenstadion behind the likes of Marco Reus, Shinji Kagawa and Erik Durm.

With new signings Ousmane Dembele and Emre Mor also ahead of him, Blaszczykowski is said to be looking for a way out.

The winger failed to make an impact in Italy, making just 20 appearances and scoring two goals but Klopp believes he can get the best out of a player he knows well.

It’s unclear as to whether Blaszczykowski wants to leave Dortmund, with Bild suggesting that he wants to stay and fight for his place under Thomas Tuchel.

Liverpool have already signed one winger in Southampton’s Sadio Mane, but need to replace Jordan Ibe after accepting a £15 million bid for the Englishman.

In other Liverpool news, Arsenal have joined Klopp in the race to sign this Germany international.