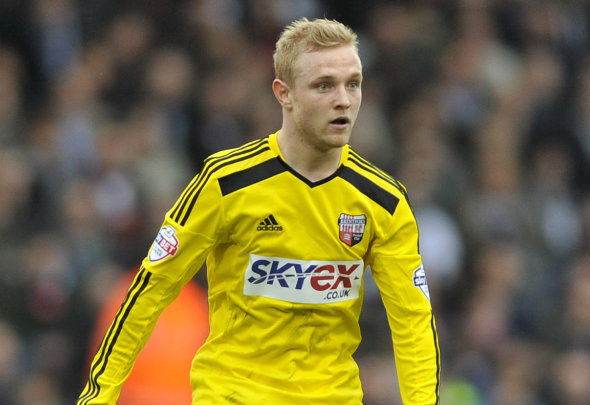 Newcastle have not made a move for Tottenham playmaker Alex Pritchard, according to a reliable journalist.

The Mirror claimed that Pritchard was high on the shortlist of Championship big boys Leeds and Newcastle.

However, the Chronicle chief sports writer Lee Ryder has revealed on his personal Twitter account that the Magpies are yet to make a move for the Spurs man, meaning that Leeds could get in there ahead of the St James’ Park club.

Understand #nufc have not made any move for Alex Pritchard at this stage.

Reliable Leeds journalist Joe Rawson confirmed the Whites had also been linked with the Tottenham playmaker with Rawson revealing the contents of his text exchange with Leeds owner Massimo Cellino on his personal Twitter account on Tuesday night.

Whites manager Garry Monk is stepping up his Elland Road overhaul as he looks to return the Yorkshire giants to the Premier League for the first time since 2004.

He has welcomed six new recruits this summer and continues to be linked with multiple targets.

The Independent report that Spurs are holding out for £9million for Pritchard, although loan deals currently seem more likely with no one willing to meet the valuations yet.

The youngster, who operates in the number 10 role but can also play out wide, has three years remaining on his current Spurs  deal. He made a name for himself during a loan spell at Brentford in the 2014-15 season, where he scored 12 times.

The England under-21 international has appeared just twice for Spurs, and has also spent time on loan at both Swindon and Peterborough.

In other Leeds transfer news, a number of clubs have asked about taking Jordan Botaka on loan from the Whites.